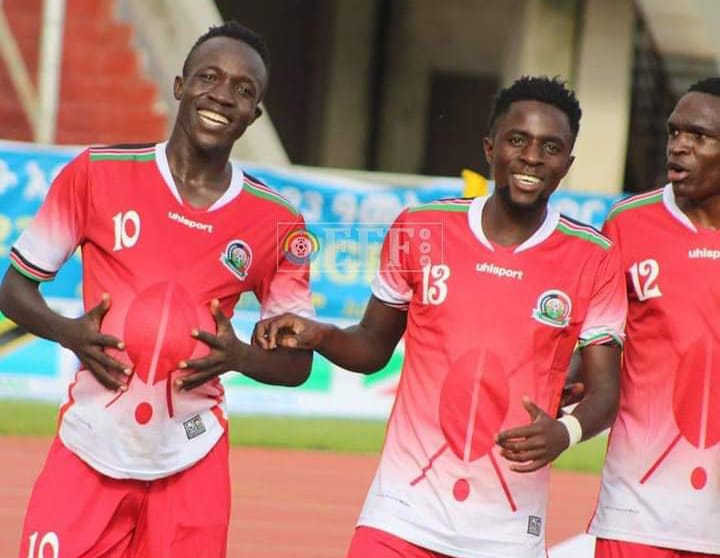 Cecafa U23: Kenya Run Riot against Djibouti in Addis

Kenya’s, Emerging Stars, kicked off the 2021 Cecafa U-23 campaign on a high note, after thrashing Djibouti 3-0 in their opening Group C match at Bahir Dar Stadium in Ethiopia.

Joseph Njuguna put Kenya ahead in the 11th minute after being set up by Reagan Otieno.

Otieno then came on the end of Austin Odhiambo’s cross from a setpiece to head in Kenya’s second goal.

In the 87th minute, Benson Omala rose unmarked to nod in Kenya’s third following a pinpoint pass from Fredrick Alushula.

Following the win, Emerging Stars have taken command of Group C with three points. They return to action on Wednesday, July 21 against South Sudan.

They only need a draw to advance to the semifinals of the regional showpiece.