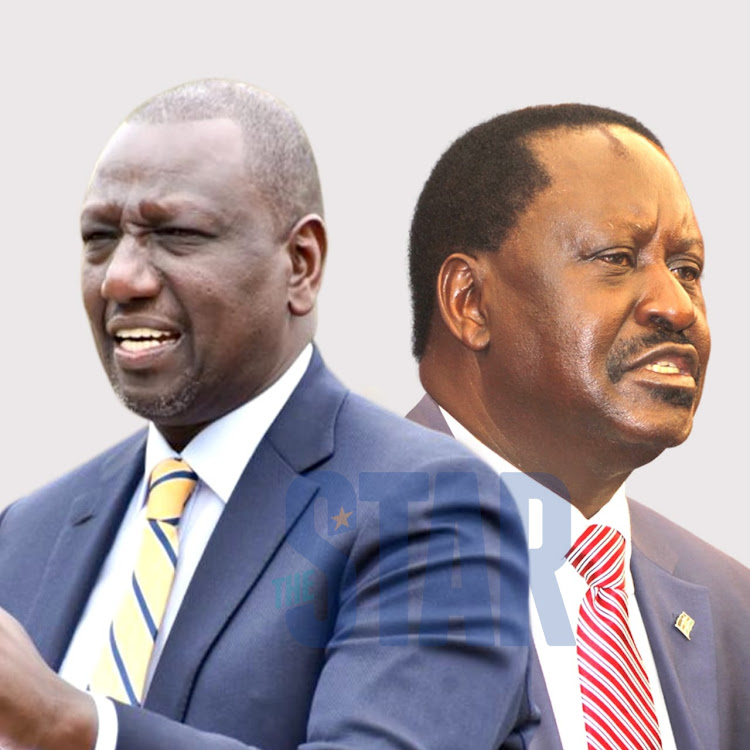 Stop Punishing Luos Because Of Me: Raila Tells Ruto

Azimio leader Raila Odinga has accused President William Ruto of punishing the Luo community for their political stand in the last elections.

Raila said his political rivalry with Ruto has seen members of the Luo community locked out from stage appointments made by Ruto in the recent weeks.

The former Presidential candidate said Luos, like any other Kenyan communities, have a right to get government appointments because they too pay taxes.

Speaking when he presided over the official opening of Kigoto Maize Milling Plant on Friday, Raila said Ruto should face him instead of punishing the entire community.

“You cannot leave Luos out of government in the name of fighting Raila just because they didn’t vote for you, they too pay taxes,” Raila said.

“You should instead face Raila and not the innocent community.”

The Azimio chief maintained the government should serve all Kenyans equally not withstanding their voting patterns.

So far, Luos are only represented by ICT Cabinet Secretary Eliud Owalo in the Ruto’s 22 member cabinet.

The President, however, nominated two members from the community to serve in his administration as Principal Secretaries.

The two are Raymond Omollo (Interior and National Administration) and Alfred K’Ombudo (State department for Trade).

The former Prime Minister also promised to show the community a safe political direction that will lead them to ‘Canaan’.

He said the August 9 polls was bungled and promised Kenyans will be shocked by the revelations on how his win was overturned.

“Very soon I will tell you which route to follow going forward,” he said.

He at the same time dismissed claims that he is too old to lead.

On Ruto’s proposed taxes, Raila said they will reject any attempts to introduce new taxes saying Kenyans are already overtaxed and overburdened.

He wondered how Ruto’s promise to reduce cost of living has turned to additional taxes on Kenyans.

“You promised Kenyans to bring the cost of Unga from Sh200 to Sh100 immediately you put down the Bible. Kenyans are overburdened and we cannot allow more taxation,” Raila stated.

According to Raila, Kenyan economy was worse than it is today when the late president Mwai Kibaki took power in 2002.

“What is ailing the current government is corruption. Kibaki and I found the economy at a much worst state but we revived different sectors and introduced free primary education,” he said.

Kigoto Maize Milling Plant is among projects Governor Wanga inherited from Cyprian Awitti’s administration and which she pledged to bring to completion.