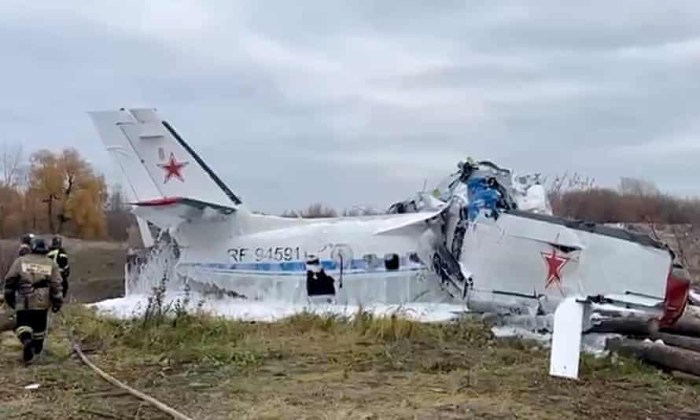 Sixteen people were killed after an aircraft carrying parachutists crashed in central Russia on Sunday, October 10, the emergencies ministry said. 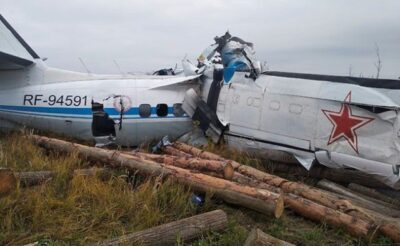 The L-410 plane carrying 22 people crashed around 9:23 a.m. local time (0623 GMT) during a flight over the republic of Tatarstan, the ministry said.

“Six people were rescued, 16 were taken out without signs of life,” the ministry said.

The six survivors were being hospitalised, the local health ministry told the Interfax news agency.

Tatarstan head Rustam Minnikhanov was travelling to the scene of the crash, a statement on his website said.

According to Interfax, the plane belonged to the Voluntary Society for Assistance to the Army, Aviation and Navy of Russia, which describes itself as a sports and defence organisation. 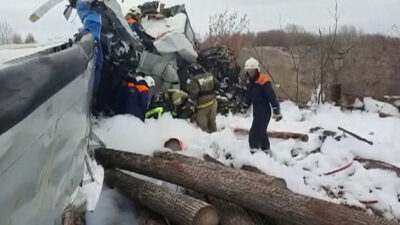 The head of the organisation’s regional branch said the parachuting club that organised the flight was not to blame.

“We are the best, we are among the top five clubs,” Ravil Nurmekhametov told TASS news agency, adding that the club had hosted European and World championships.

The Czech-built L-410 light aircraft was one of the two planes used by the club, according to its website.

Newer Post
European Champs Italy Finish Third in Nations Cup
Older Post
Tyson Fury’s wife Paris takes shots at Deontay Wilder, tells him to retire because ‘he is not good at boxing’ and ‘not tough enough’