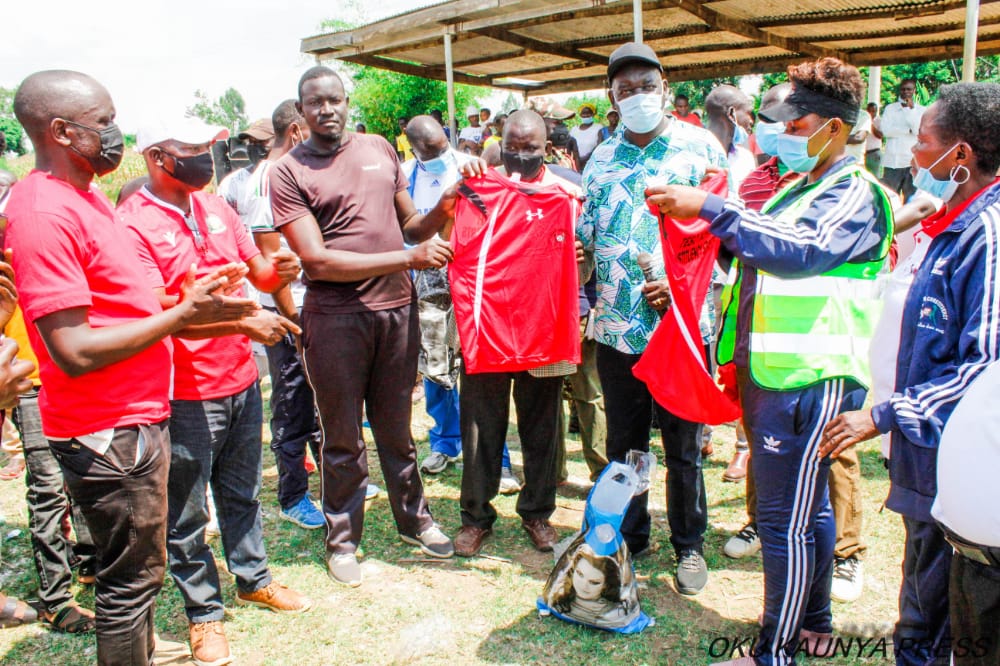 Seventeen clubs drawn from all locations in Teso North Sub County and participating in branch or sub branch Football Kenya Federation leagues today benefitted from full kit and a ball each from NGF-CDF funding.

Mr Musundi in his remarks congratulated Hon Kaunya for being the second MP in the County after his Budalangi counterpart, Raphael Wanjala to embrace sub county and county leagues.

He encouraged clubs to register for various cadre of leagues considering that the leadership is beginning to embrace it, urging such leaders to put in money and wait for results.

” Through your support, Teso North Sub County has entered a record six teams out of 19 participating in the County league and a record 30 featuring in the sub branch league,” he said.

Mr Musundi told the teams which benefitted from the uniforms and balls to use them prudently, acknowledging that football pays but on condition that you play and pursue your academic career. 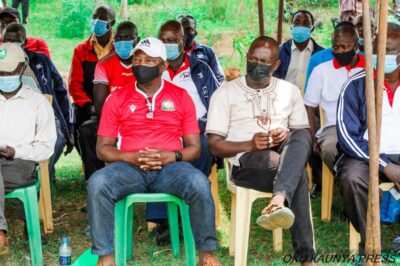 Hon Kaunya who also donated uniforms and balls to selected volleyball, leg ball, and athletic teams, and uniform to Amagoro Taekwondo Club said the equipment will come in handy when the National Government resumes sporting activities in the Lake Region Economic Block which were adversely affected by the pandemic.

Apart from the 17 fooball teams which received uniforms and balls, the MP extended an olive branch to 18 other teams in the same sub location by donating a ball
each.

Hon Kaunya said he is ready to support a team from his constituency that will excell at County level progress to premier league status, adding that other sports disciplines will also be taken with high esteem.

The MP said he will consult the County Government about the improvement of the Malaba Staddiun in order for it to meet the standards of hosting premier league matches.

FKF Teso North Sub Branch chairman, Victor Ochakala thanked the MP for ensuring the six teams participating in the County league from his constituency meet their obligations by paying their Sh2000 referees fees per match and transport costs.