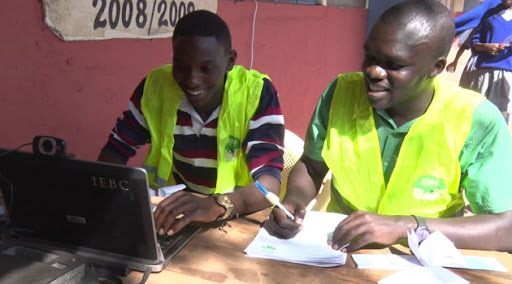 The enhanced mass voter registration exercise h was expected to end on November 2nd, 2021 has been extended by a further seven days.

The exercise was extended  after a voter Patrick Cherono filed an application arguing that the Independent Electoral and Boundaries Commission (IEBC) had not met its target of registering about six million new voters.

The voter sued the Independent Electoral and Boundaries Commission (IEBC) and Parliament, which is supposed to provide funding to the commission.

Justice Eric Ogolla sitting at the High Court in Eldoret on Monday, November 1st, 2021, said the orders will remain in place until November 9, when the case will be heard.

The IEBC was expected to release the final number of new voters netted in the four-week mass voter registration drive.

According to figures released by the commission by the end of the third week, only 800,462 new voters had been listed against a total target of about six million.

Apathy, lack of ID cards and apparent lack of motivation, especially among the youth, have been blamed for the low turnout.