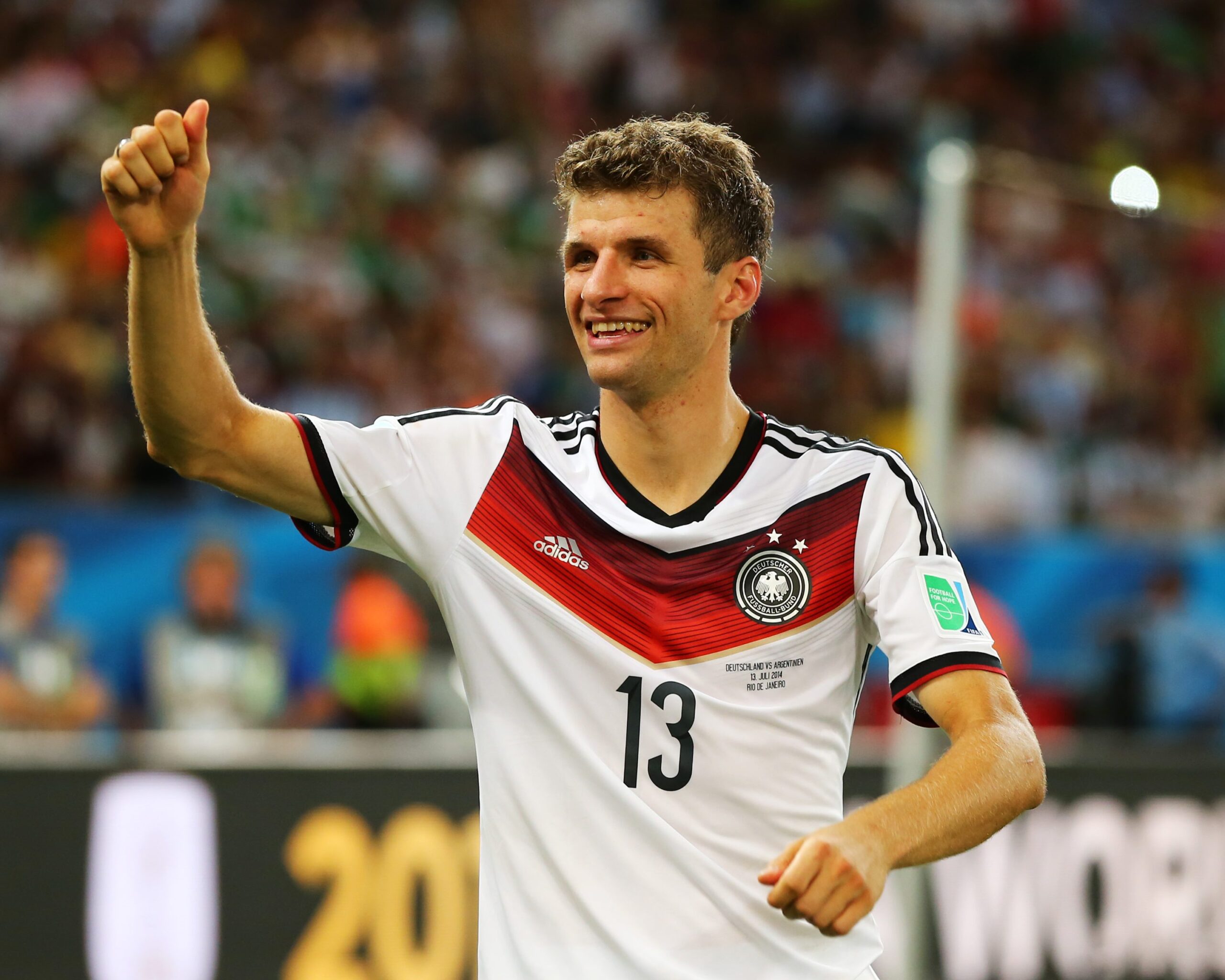 The 2010 FIFA World Cup Golden Boot winner Thomas Muller came off the bench to net Germany’s winning goals as the German fought from behind to pip Romania 2-1 in a World Cup qualifying match on Saturday, October 9th, 2021.

This was only the second time that Germany have ever won a competitive home game after trailing at half-time. The other was a 4-1 win over Estonia in August 1937.

German Bundesliga champions Bayern Munich winger Serge Gnabry drilled in a leveller from outside the box.

Substitute Muller turned home a late winner at the back post after Leon Goretzka flicked on a corner.

Germany could book their place at the World Cup on Monday if they beat North Macedonia and Armenia fail to beat Romania.

The Group J leaders are now six points clear of North Macedonia, who beat Liechtenstein 4-0, and Armenia, who drew 1-1 with Iceland, with three games to go.