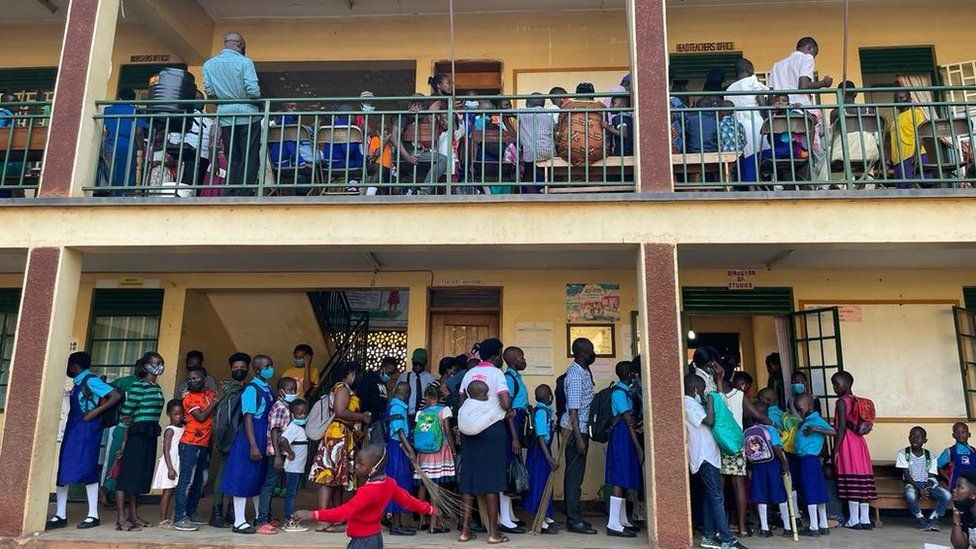 KAMPALA, Uganda: Schools in Uganda finally reopened, almost 2 years after the government directed their closure after COVID-19 broke in the country in March 2020.

Following the closure which has been described as among the world’s longest since the onset of the pandemic, Uganda’s Ministry of Education said that schools would be reopened in phases to control traffic congestion in the capital Kampala.

“All learners in boarding schools in the districts of Wakiso, Mpigi, Mukono, and Kampala shall follow a staggered reporting plan with effect from Monday 10, January, 2022,” the Janet Museveni-led ministry warned in a statement issued January 3.

“No boarding Students in the concerned districts shall report for school earlier than January, 10, 2022.”

According to local media reports, Ms Museveni also said all learners had been automatically promoted to the next classes without any examinations as is usually the case.

“Remedial lessons shall be provided for these learners [in their new classes] during first term 2022 to help them cover critical content for the previous class,” Ms Museveni is quoted as saying by The Weekly Observer newspaper.

The Ugandan government has not issued any restrictions on the number of students allowed in classrooms.

For primary one, however, schools are required to admit only learners aged over six years.

Under the revised education calendar, the first term runs from January 10 to April 15, followed by a three-week holiday.

The second term is slated from May 9 to August 19, while the third term shall start on September 5 and end on December 9.

Learners are expected to go on a seven-week Christmas break until January 29, 2023.