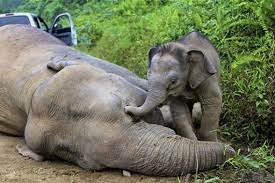 Seventy eight elephants have died in the past few months due to drought, according to the Ministry of Wildlife and Tourism.

Principal Secretary Zeinab Hussein said Tsavo National Park was the most affected and the government has come up with various mitigation measures to lessen the effects of drought, including digging water pans in Tsavo to address the issue of water shortage.

The PS said the ministry was doing everything possible to make sure that no more animals died from drought.

“Currently, we are ferrying water using bowsers to several parks in the country as one way of making sure that no animal dies because of drought,” she said.