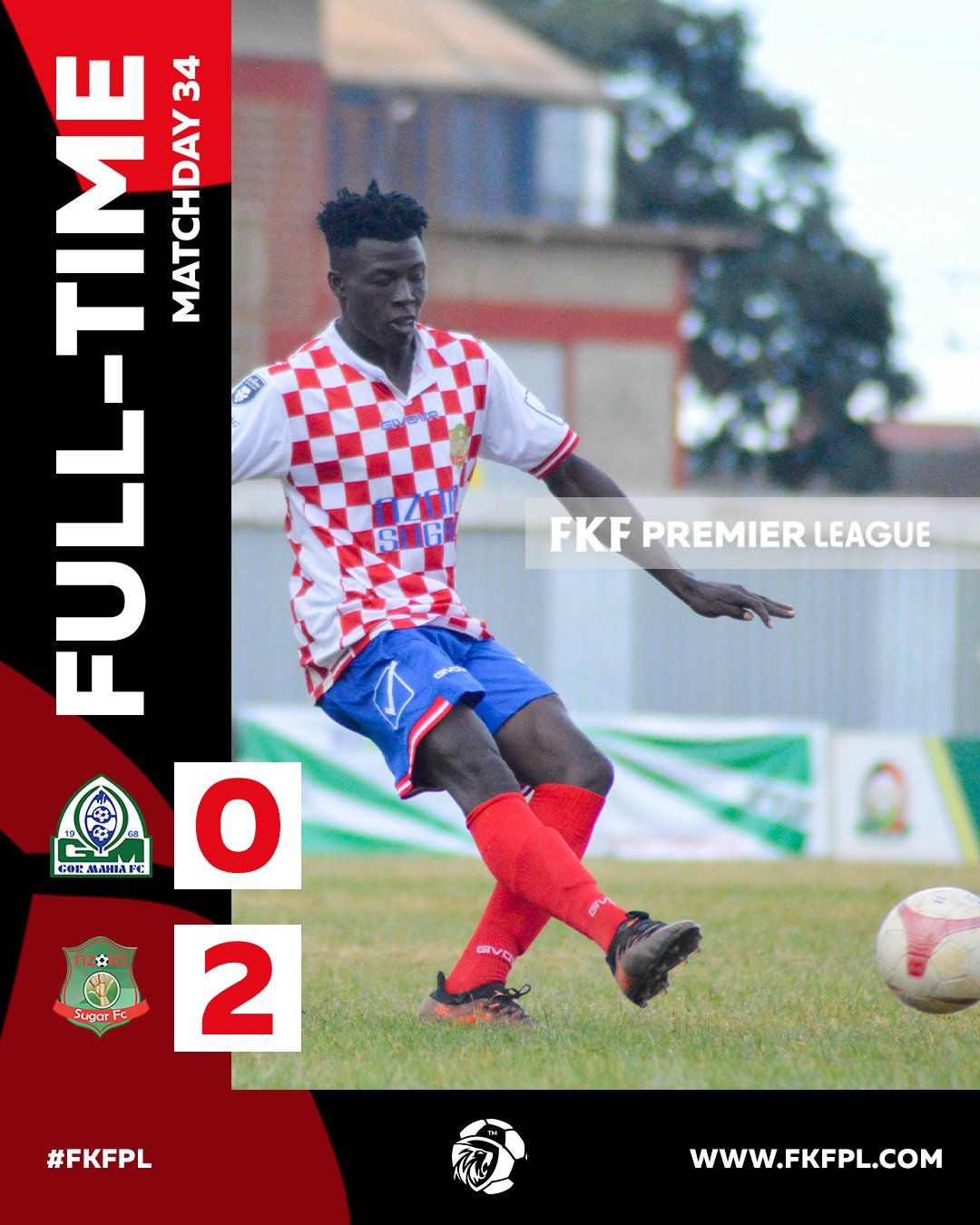 Gor mahia FC fell to two second half goals by visiting Nzoia sugar, in the match played at Ruaraka grounds.

The defending champions went a goal down in the 58th minute after a well placed cut back was rifled to the bottom corner of Gad Mathew’s net by Kevin wamalwa.
The visiting side would pile more pressure on their hosts and in the 65th minute their relentlessness was rewarded through Joseph Mwangi who doubled the millers advantage with a cool finish.

On paper it was a formality match as both sides really had nothing to fight for with both championship and relegation battles already done and dusted. But even so, the millers seemed the more determined to win the contest, pinning and limiting the defending champions on their own half.

Gor, seemed to face all kinds of problems before this encounter, and if there was any doubt of things not being okay at the green army’s backyard, the failure to raise an 18man squad for the clash against Nzoia sugar all but cleared such doubts.

K’ogallo had a 14man team, of which two were injured. Philemon Otieno and paul Nkata are in the doctors patients list and were probably brought in just to add the numbers.
In fact were it not for the provisions that allow junior team players to be called in for senior team duties, Gor mahia won’t have been able to raise a fit starting eleven squad.

Gor mahia youth side captain Nyawir John was called in to save the defending champions the embarrassment of failing to raise a match day squad.
With issues of non-payment of salaries drugging on for months, and ran-down contracts and other players choosing to sign for other teams, the season ender won’t have come at a better time for the CAF confederation cup competition destined side.

The management will have to get their house in order before the new season kicks off in a month’s time if they are to have realistic chances of winning the title back from Tusker Fc.

Elsewhere the brewers were crowned the new Kpl champions after a 2-1 win over Bidco united at the Utalii Annex. KCB ensured they finished a strong second with a resounding 0-3 win over their hosts, Nairobi city stars

In Nakuru Ulinzi stars posted a 2-1 win over visiting Posta Rangers. While in Mombasa, Bandari proved too heavy for wazito FC, hitting the money bags by two unanswered goals

In Kisumu Mathare united thumped an already relegated western stima 2-5, to finish the season on a strong foot, having stared at relegation for the longest spell of the campaign.