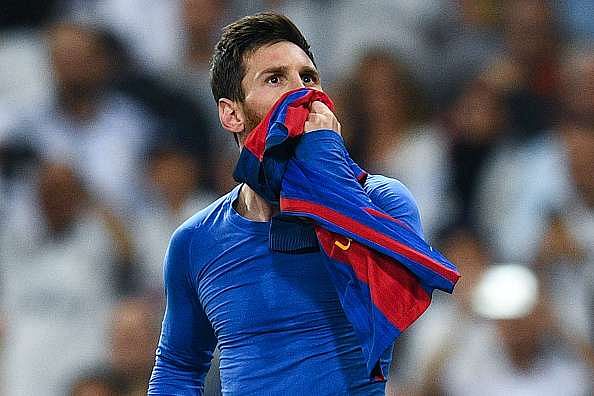 The first ElClásico of the season is just around the corner, with FC Barcelona set to take on Real Madrid at Camp Nouthis for the first time in 21 years without six times Ballon d’Or awards winner Lionel Messi  on Sunday, October 24th, 2021.

Messi reunited with Brazil captain Neymar, with whom he won two La Liga titles, three Copa del Reys and the Champions League during their time together at Barcelona

Notably, this will be the long-awaited first meeting between these sides with supporters in the stands since the start of the coronavirus pandemic, ever since Vinicius and Mariano fired Los Blancosto a 2-0 home win in front of a packed Santiago Bernabeu back in March 2020.

Real Madrid come into this encounter on the back of two consecutive ElClasico wins. The first was almost exactly a year to the day since this weekend’s clash, winning 3-1 at an empty Camp Nou in October 2020.

Six months later they met again under a downpour atthe Alfredo Di Stefano Stadium, with Real Madrid edging a thrilling battle 2-1 as Karim Benzema and Toni Kroos’ first half goals proved too much for the Blaugrana, even if they pulled one back through ÓscarMingueza and pushed for an equaliser until the final minute.

Those wins have made it three ElClásico victories in a row for Real Madrid, who hadn’t won back-to-back-to-back matches against their historic rivals since 1978. They haven’t won four in a row since 1965but will be looking to achieve exactly that when the ball gets rolling this Sunday.

Ansu Fati and Memphis vs Vinícius and Benzema

The four have started the current LaLiga season like a house on fire, proving themselves to be among the elite group of forward in world football right now.

Memphis has already notched four goals in his first ever season in Spanish football, while Vinicius has hit five and laid to rest any doubts about his claims for a starting spot in Carlo Ancelotti’s side. Karim Benzema has scored nine in just eight appearances, showing no signs of slowing down, while Ansu Fati has immediately dazzled following his return from long-term injury, firing in great goals against Levante and Valencia in just a few weeks. By the time Sunday’s match comes around, the 18-year-old will be close to full fitness and be looking to make his mark on the game.

All signs point to Koeman being unable to call on three key players this weekend. 18-year-old sensation Pedri, who recently signed a new-long term deal at Camp Nou until 2026, is suffering with a persistent thigh injury and won’t be rushed back for the game – sensibly, bearing in mind the number of games he has played over the last calendar year and the fact that he played through the summer, first at Euro 2020 and then at the Tokyo Olympics.

Also likely to miss out are centre-back Ronald Araujo, who picked up a hamstring injury on international duty with Uruguay, and Ousmane Dembele, who is back in training but yet to play this season after surgery in the summer.

Keep an eye on the tactical tussle this Sunday. Ronald Koeman has experimented with different systems already this campaign, oscillating between Barça’s traditional 4-3-3, 3-1-4-2 and 3-4-2-1. Carlo Ancelotti, meanwhile,has implemented a more attacking style of football since taking over the Real Madrid job in the summer – and Los Blancos have scored the goals to vindicate his decision.

The Dutchman and Italian have some parallels to their careers. Both won the European Cup as players, and league titles with multiple clubs as coaches.

They met on one occasion during their playing days in a goalless draw between the Netherlands and Italy in 1990, and then took each other on four times as coaches when Ajax and AC Milan met in back-to-back Champions League seasons in 2002/03 and 2003/04.

One draw and three AC Milan victories means Koeman is still looking for his first managerial win over Ancelotti, and where better to break that duck than in ElClasico, the biggest club match in world football.

This Sunday’s game will be the 183rd meeting between these two clubs in Spain’s top division, with Barcelona and Real Madrid having met in every single one of the 90 LaLiga Santander seasons to date, with neither side having ever been relegated from the country’s top tier.

Real Madrid edge the overall record thanks to their three recent victories, having now won 75 of the 182 previous league meetings, while Barça have triumphed 72 times alongside 35 draws. To say this rivalry has been finely balanced over the year would be an understatement.