A “Shepherd” attacks his own “herd” in Makueni County! 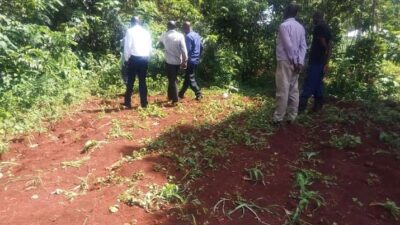 Detectives based in Makueni county are looking for a clergyman who raped a school going teenager and warned her of dire consequences should she disclose the ordeal to anyone.

The man of the cloth identified as Rev Daniel Kimeu, entrusted with the responsibility of shepherding the Lord’s flock abdicated his responsibility and attacked one of his own.

The cleric who ministers at A.I.C kalebwani church in Kilungu, had offered a ride to the 18-year-old form three girl on October 19, 2021, before he stopped the vehicle at a secluded spot after a few kilometers and forced himself on the girl.

As she painfully recounted her ordeal in the hands of the man of the cloth, the girl reported to her teacher that she was walking home from Kikuswi market, when Rev Kimeu suddenly stopped his vehicle and beckoned her to get inside. Innocently, the girl boarded the vehicle only to be raped moments later.

The clergyman went into hiding immediately after the incident and detectives are hunting him down.