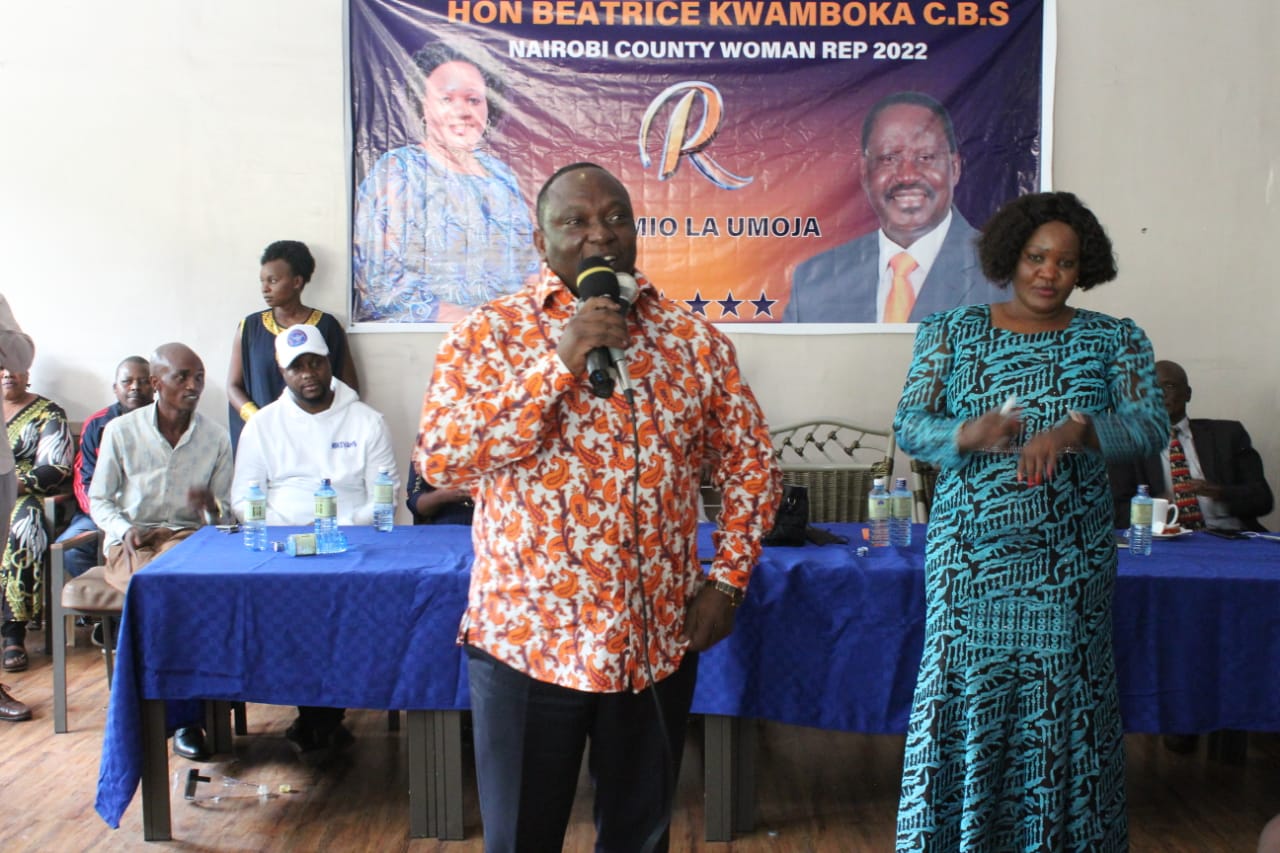 Speaking at a Nairobi Hotel, where over five hundred Abagusi community leaders from  Nairobi met the two, They said that its Beatrice Kwamboka who has been supporting them in the last five years even though she was just a nominated Senator and they will rally behind her to ensure she gets elected to the 13th Parliament. “We were lucky we have two women from the Abagusi community who were nominated in Nairobi but of the two only Kwamboka has been supporting us whenever they need arises, the other one is never accessible and even when you meet her she brags that the Kisii people didn’t nominate her that she only owe her allegiance to her party, “the leaders said.

“The other Nairobi nominated Senator told us that Kisii’s are in ODM and we want to tell her today that yes we are in ODM and Azimio la Umoja thats why today, we as Nairobi Abagusi community leaders we endorse our Daughter Beatrice Kwamboka of ODM for Women Representative position and Richard Ngatia for Governorship,” they continued.

“We also want to thank Raila Odinga for nominating Beatrice Kwamboka as Senator and President Uhuru Kenyatta for nominating Millicent Omanga as Senator even though she went rogue and we apologize on her behalf but will teach her a lesson by sending her home,” they said.

The Abagusi community also declared their support for Richard Ngatia saying he will improve the image of the Nairobi because of his vast network in the business word and he is also the first candidate seeking the position who has asked them for their votes.  “Ngatia is the first candidate contesting for Nairobi Gubernatorial seat who has asked us for our votes and today we have made a commitment that we will not support anyone else other than Ngatia, Kwamboka and Raila,” the leaders asserted. 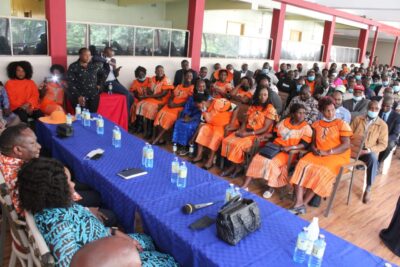 Senator Kwamboka was flanked by all the five elected and nominated MCA’s in Nairobi from the Abagusi community.

“I was elected MCA in Mountain View ward because of the support that Raila gave me He later nominated me to senate and I value Raila, that’s why I disagree with my opponent who keeps insulting Raila every day.  She has no respect so let her go vie in Sugoi, we do not know her in Nairobi,” Kwamboka added.

“In Nairobi, we have crafted a Nairobi Azimio Super Alliance where Raila is the President, Ngatia our governor, George Aladwa deputy governor, Maina Kamanda the senate candidate and yours truly Beatrice Kwamboka the women representative,” Kwamboka said.

Richard Ngatia said that he is determined to rally the Mount Kenya community in Nairobi to as well support Senator Kwamboka noting that if the Kikuyu community has a debt to pay, then Raila Odinga’s should be the first.

“We from the Mountain we have decided we will support Raila Odinga. We will support him fully today and even after being elected we will make sure his he fully achieves his agenda for the nation.

“We will manage the Nairobi garbage problem in Nairobi to ensure we have a clean city.  We will also have a special kitty supporting SMEs in Nairobi,” Ngatia said. 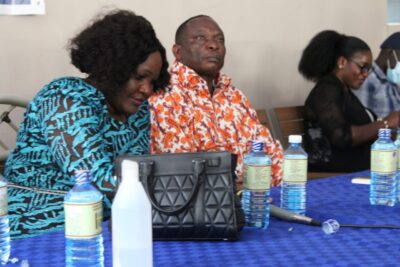 “We will work with you grassroot leaders from all tribes and divides because Nairobi is a cosmopolitan area. We will continue to campaign together with Senator Kwamboka to make sure Raila gets over 70 percent votes in Nairobi and all aspirants on the Azimio ticket get to be elected in Nairobi,” Ngatia noted.

Ngatia vowed to sponsor more business people to go to Dubai where they will showcase their talents and products to the world even before he gets elected.