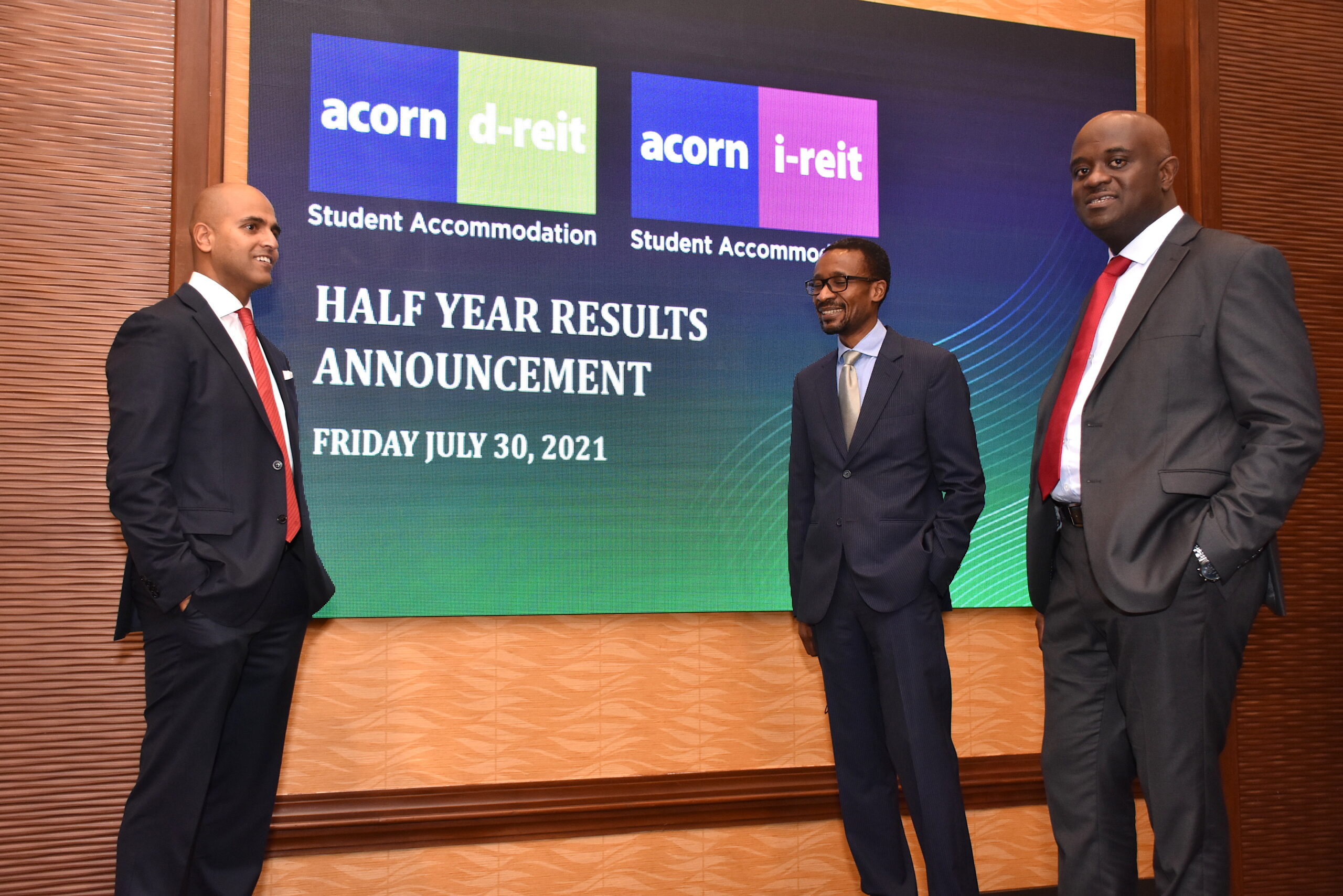 The two REITs were launched on February 8th 2021 becoming the first development REIT globally, the first student accommodation REITs in Africa and the first issuances to list on the Unquoted Securities Portal of the Nairobi Securities Exchange.

The Acorn REITs are offered as a blended basket with long-term institutional investors, such as pension funds and insurance companies, subscribing to 30% of their total investment in the ASA D-REIT and 70% in the ASA I-REIT. Given their respective longterm returns of 34.9% and 11.1%, the blended return achieved is 18.3% over a 10-year hold period.

ASA D-REIT The ASA D-REIT achieved steady progress, with most projects staying on course for delivery as per the stated timelines.

Qwetu Aberdare Heights (697 beds) was opened in February 2021 and is gradually ramping up occupancy (currently at 26%) and is expected to increase significantly with the reopening of USIU-A and signing of the nomination agreement with the university.

The Acorn D-REIT will normally provide up to 12 months to stabilize the occupancy and so this property is within the target rampup period.

This represents a 3.4% increase in NAV in 5 months since launch. With the current progress of projects, the ASA D-REIT is on track to achieve its 10-year internal rate of return target of 34.9%.

ASA I-REIT In the period of five months to 30th June 2021, the ASA I-REIT has outperformed its targeted returns considerably and surpassed its occupancy and net operating income targets.

The outperformance in the midst of the Covid pandemic has demonstrated the in-built resiliency of student accommodation and the inherent desire for students to form strong like-minded communities in our properties with their friends and peer group. The average occupancy over the 5 months under review was 85% against a plan of 40% in the investment plan.

This dividend represents an 80% payout of net income as per the REIT Regulations and means that the ASA I-REIT is on target to achieve the initial first-year dividend yield of 3.4% as per the investment plan.

With this performance, the ASA I-REIT is on track to achieve its long-term dividend yield of 7% and its 10-year IRR of 11.1%.

On releasing the results, the Managing Director of AIML, Mr. Raghav Gandhi said, “We are delighted to be releasing the first interim results of the ASA REITs on a positive note, especially given the challenges posed by the ongoing Covid-19 pandemic.

This has once again reinforced the resiliency of the purpose-built student accommodation (“PBSA”) asset class, which is also reflected in the wider affordable rental housing market. This early positive results reflect our intention to stay ahead of the curve and is also a signal of a nascent and growing PBSA market here in Kenya which should inspire greater investor confidence particularly in regulated investment vehicles such as REITs.”