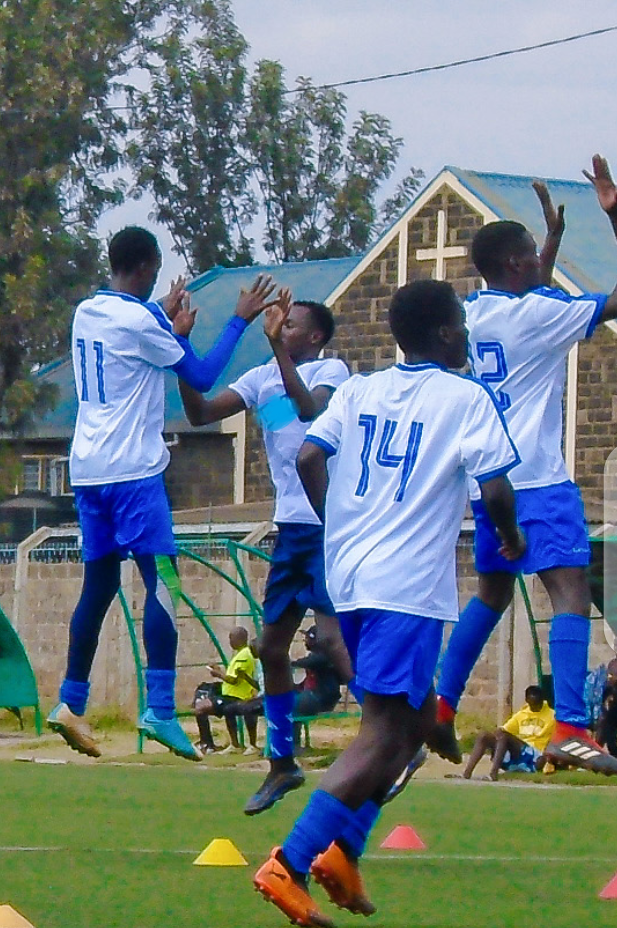 Starting the match three points adrift of the current league leaders, 360 media fc, the cubs had no room for mistake as a slip up would have spelled doom for their title ambitions.
Leopards made their intention loud and clear early on in the first half going ahead 4-0 in the first 20minutes of the clash.

Joseph mutisya broke the deadlock with a calm finish, before the league’s top scorer, Vincent Nyabuto added a second, Mutisya was at it again moments later putting the Aganda Martin coached kids 3-0.

Maxwell otieno added a fourth for the high flying cats a couple of minutes later before Gachie pulled a goal back, to have the scores at 4-1 midway the first half.
However any hopes the visitors might have had from pulling the goal back, were swiftly dashed as quick goals from Brian Bera,Vincent Nyabuto, Maxwell Otieno and skipper Edwin Ochieng ensured AFC leopards finished the first half on a 8-1 scoreline.

Come the second half and AFC leopards picked from where they had left it in the first half hitting four goals, a goals rampage that Gachie soccer had no answer to.

Vincent Nyabuto scored two more goals to complete his quadruple before Coach Martin withdrew him for Kevin Otieno who scored one moments after his introduction.

Victor Otieno, another second half substitute scored leopards 12th of the match.

The ever enterprising Brian Bera scored his second of the match and the big cats 13th , ensuring leopards walloped a hapless Gachie by 13-1 scoreline.

The win ensured the cubs stayed within sight of the table toppers 360media who beat Amazon tigers 6-0 to maintain status quo.
Two rounds of matches left, 6points up for grabs and one title for the taking, it’s clearly a two horse race at this stage, who will win it? Only 180mins to play and ultimately decide.