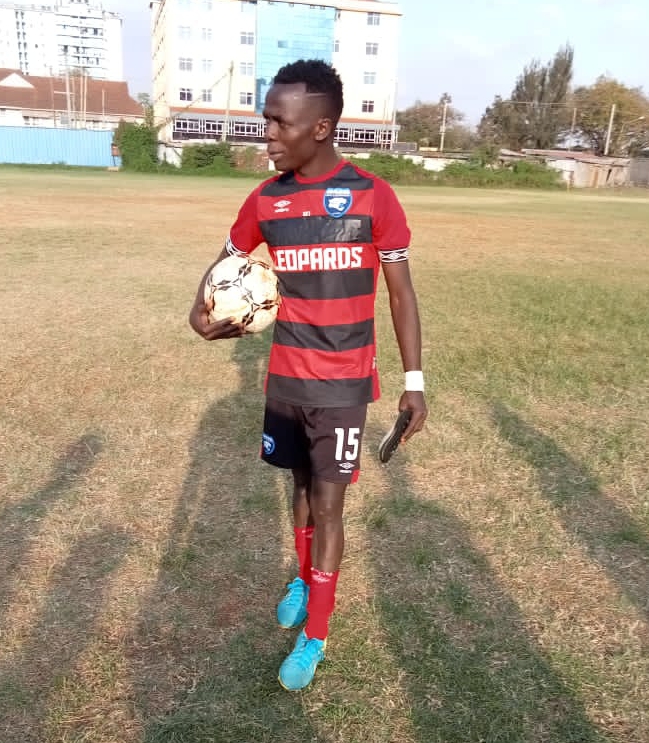 Ingwe came into the match fresh from a 13-1 thumping of Gachie soccer last weekend. Armed with a desire to clinch the league title the Martin Aganda tutored side started the match on the highest of notes. Pulling ahead early on through Brian Bera.

The cubs would however be pegged back minutes later after a miscommunication between Ingwe’s custodian said muinde and his sweeper Zachariah Ochieng, led to the latter heading into his own net to bring ligi ndogo level.

Leopards piled pressure on their hosts with the usual dominance they exhibited on their opponents in recent matches, and moments before the half time whistle, skipper Maxwell otieno provided a sumptuous assist to the diminutive Bera to grab his brace, sending the match to 1-2 half time break in favor of the boys in red and black stripes.

Come the second half and ligi ndogo perhaps in an effort to avoid a repeat of the first leg results which they were beaten by 8-0 unanswered goals, started on a high. Taking leopards head on and in the 62min they would get the equalizer, zackariah Ochieng once again guilty, heading into his own net. The ever solid centre back was clearly having one of his worst matches.

With the match evenly poised, tension and frustration creeping in, and the match seemingly headed for a stalemate, it was the industrious Bera who once again stood tall, and rose to the occasion late on to score leopards third, completing his well deserved hattrick.

His man of the match performance ensuring Afc leopards clawed their way to victory over their hosts. The match ending 2-3.

Coach Martin Aganda was missing the league’s top scorer Vincent Nyabuto. Also missing was captain Eric Ochieng and winger Kevin Otieno who are all away to attend to personal matters. The head coach can only hope he will have a full house fit for the last game of the season this coming weekend at home to silver bullets.

The win keeps leopards well on track for promotion to the division 2 league as runners up. With only one match to go the cubs could even win the league if the current table toppers lose and they win their last match. As this would tie them on points but leopards huge goal difference would easily hand them the title .