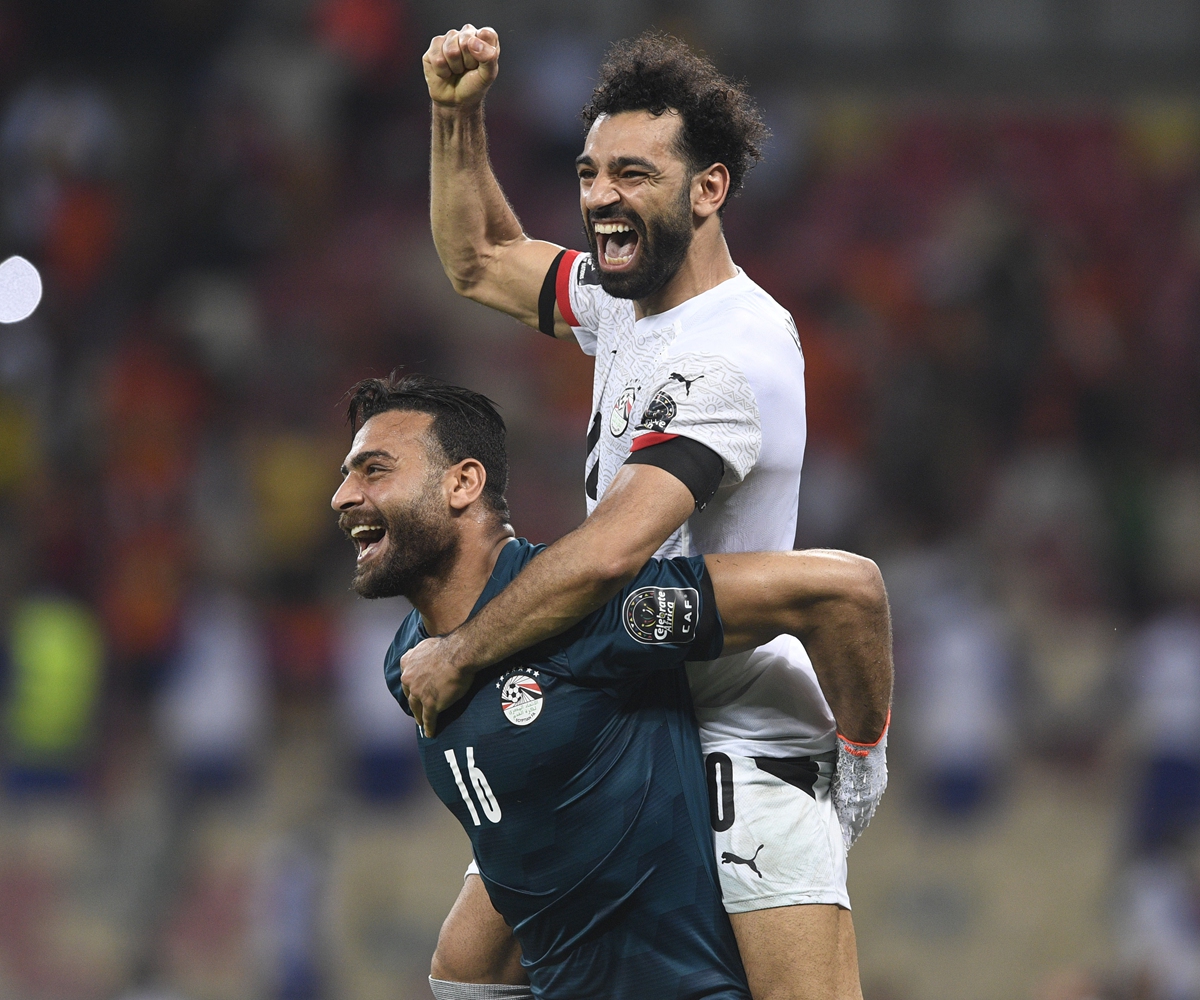 Egyptian top flight league side Zamalek goalkeeper Gabaski was the hero, saving two penalties as Egypt edged past hosts Cameroon in a penalty shootout after a goalless draw to set up an Africa Cup of Nations final against Senegal.

Egypt went into their second penalty shootout of AFCON 2021 – having also beaten the Ivory Coast on spot-kicks in the last 16 – without manager Carlos Queiroz, who was sent off in the 90th minute of normal time after receiving two quick yellow cards.

However, despite a number of close efforts neither side could find the net in 120 minutes of action.

But his absence did the Pharaohs no harm as they eased through, scoring all three of their penalties. Cameroon, meanwhile, saw two of their efforts saved by Egypt goalkeeper Mohamed Abou Gabal before Clinton N’Jie sent the fourth well wide to see the hosts crash out in front of their home fans.

Cameroon will now face Burkina Faso in the third-place play-off on Saturday, before Egypt face Senegal in Sunday’s final as Liverpool duo Mohamed Salah and Sadio Mane go head to head. Both games will be shown live on Sky Sports with kick-off at 7pm on their respective days.

Football returned to the Olembe Stadium for the first time since a deadly crush killed eight people on January 24, seeing the quarter-final ties due to be played at the stadium moved to another location.