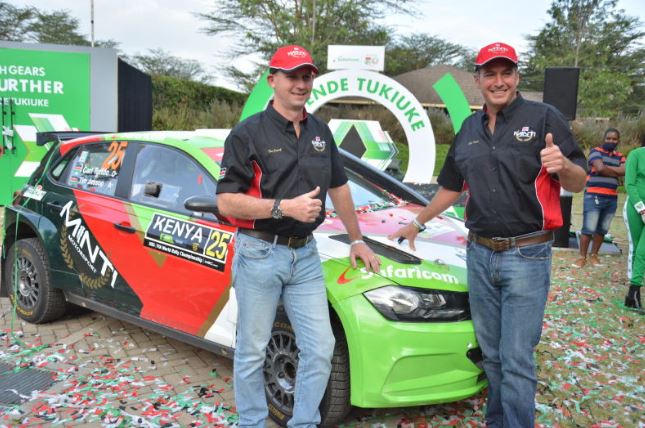 Tundo and his partner Tim Jessop recaptured the KNRC title with an unassailable cumulative 187points.

Tundo was at it in October when he sealed the FIA Africa Rally Championship (ARC) title at penultimate stage on Rwanda Mountain Gorilla Rally.

“It’s such an amazing feeling completing a double of championship wins. We needed a top nine finish today to win the Championship, so we took it very slowly and we are happy to return third overall in the event and winning our fifth KNRC title,” said Tundo.

Baldev Singh Charger wrapped up the 2021 season in second place after emerging the overall winner of the Sikh Union Club organized round.

Chager was peerless in the closing round where he also savoured three bonus points for winning the 16km Power Stage at Kudu to wrap up the championship with 174.

Chager was happy with his spirited  campaign in the nine-leg series but  the ‘Flying Singh” had to contend with playing second fiddle to Tundo who completed a rare double of championship wins in the season.

Karan Patel’s second overall position in Il-Bissil saw him move up to fourth in the final standings with 110 points.