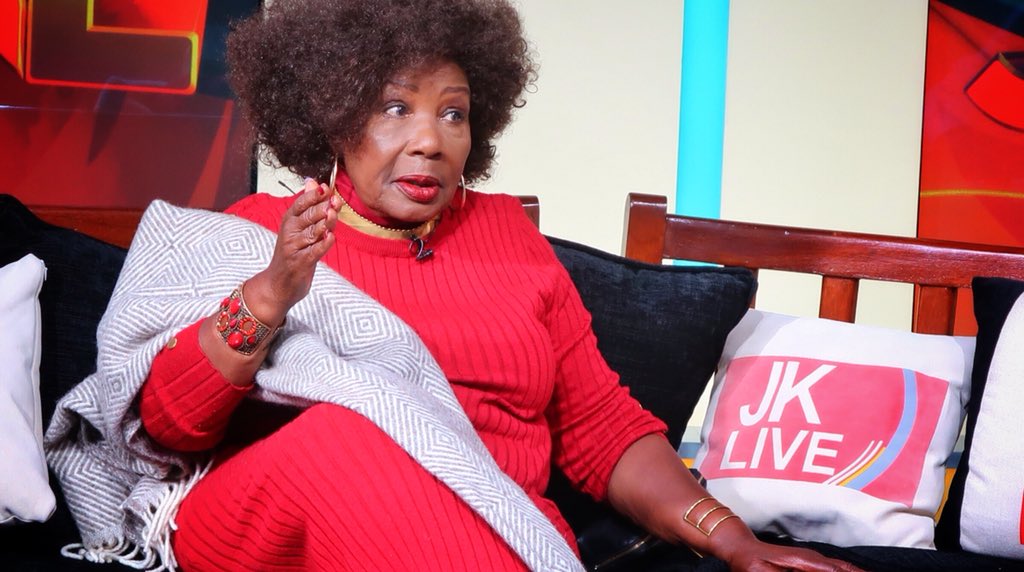 Manduli died on Wednesday, September 8th, 2021 at her home in Riverside, Nairobi, after suffering from an undisclosed illness.

Her family said she passed on at her Riverside home in Nairobi after a long illness. No more details were immediately provided.

Manduli was vocal in the political and entertainment scene until 2017 when she took a back seat, only showing up on television interviews, the last being on JKL with Jeff Koinange.

A renowned fashionista and activist in the country, Manduli will be remembered as person of many firsts in her illustrious life.

A former Miss Kenya, Manduli was the first woman to chair the NGO Council. She was crowned Miss Kenya, at the age of 16 while still in secondary school.

Manduli also made history by becoming the first African woman rally driver to grace the Safari Rally when she took part in the 1974 edition alongside her late co-driver Sylvia Omino.

She was also known for showcasing African attire with matching massive head scarfs.

Manduli described herself as “lioness in her cage” and in 2005, she was embroiled in a leadership wrangle at the NGO Council which roped in then Culture and Heritage minister Najib Balala who locked gates of the State agency, blocking everybody from entering or leaving the premises.

Maduli refused to step down as the chairperson, despite numerous calls for her resignation. She locked herself in the council’s offices. Armed policemen stood guard, allowing journalists to speak with Manduli through a small opening at the gate.

Manduli was a trained teacher from Machakos Teachers Training College but never stepped in a class to teach.
She got married after attending college and left for Canada where she studied and graduated with a diploma in office management.

The couple was blessed with three daughters; Elizabeth, Allison and Janice but she divorced after five years of marriage.

She remarried in 1980 by getting married a Zambian and cousin of former president Frederick Chiluba, Norman Manduli, who was a politician and a businessman in Lusaka. He passed away in 2003.