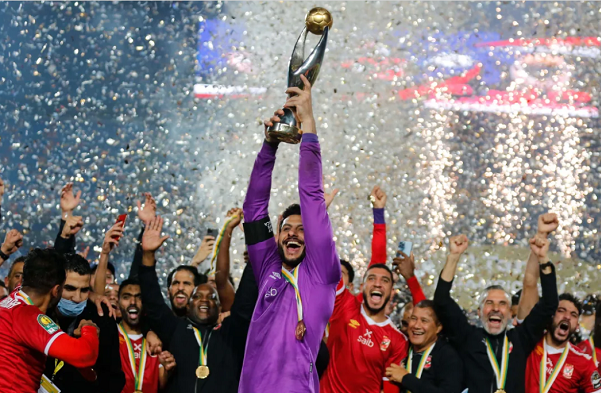 The Cairo club has now won double the number of Champions League titles than the next most successful club – their neighbors Zamalek.

Ahly’s tally of ten African crowns is now double that of their nearest challengers, with city rivals Zamalek and DR Congo’s TP Mazembe both tied on five apiece.

Al Ahly coach Pitso Mosimane moves on to an impressive three Champions League titles, with the Egyptians defending the trophy they won last year while his initial, and arguably greatest, triumph came with Mamelodi Sundowns in 2016.

One of his more unusual successes, since it came against the very team he supported as a boy, made him only the second Al Ahly coach to conquer Africa two years in a row, after Portugal’s Manuel Jose in 2005 and 2006.

Mohamed Sherif opened the scoring eight minutes into the second half, and that was followed by goals for Magdi Afsha and Amr El-Sulaya in a dominant display at an empty Mohamed V Stadium in Casablanca.

Chiefs, appearing in their first Champions League final, had to play the entire second half with 10 men after Happy Mashiane was sent off on the stroke of half-time for a studs-up challenge.

It effectively killed off any chance for the South Africans, who had played the game on the back foot – managing only one shot on target – as they looked to catch Al Ahly on the counter-attack.