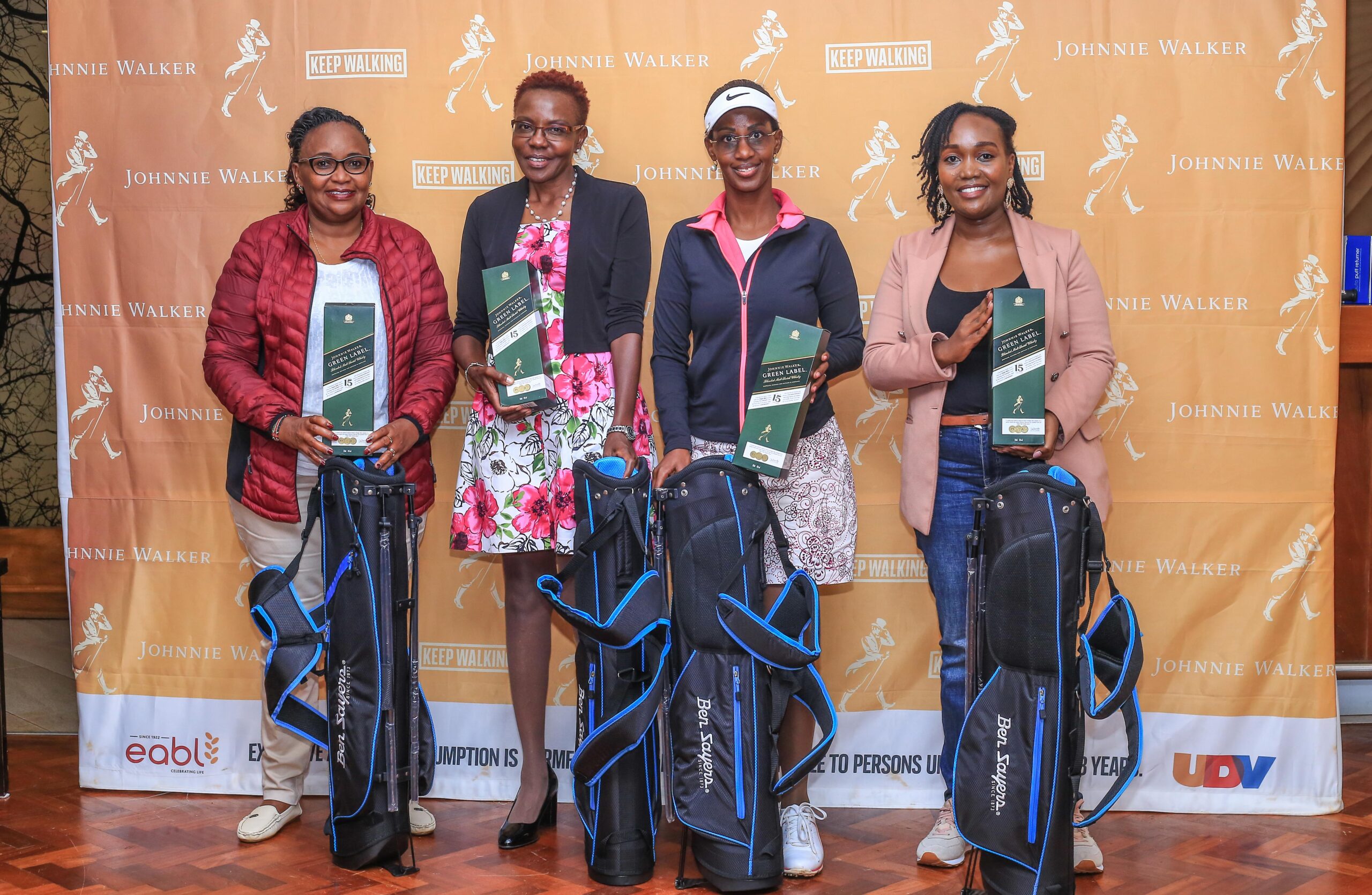 Coming in third was the team of Evans Vitisa, Selest Kilinda, Phil Kinisu and Ted Njuguna who returned a combined 101 points.

Meanwhile, John Nzioka playing off handicap 23 beat Imran Rattansi (handicap 5) on countback to emerge as the winner in the Men’s Category having returned 40 points.

In the Nines, Richard Marett carded 23 points to win the first nine while Rachit Patel’s 22 points were enough for him to win the second nine challenge.

In the longest drive challenge, Rushabh Shah and Nolly Patel claimed top spots in the Men’s and Ladies’ categories respectively, while Tavil Sodi picked up the plaudits for the nearest to pin challenge.

The top three winning teams now join the list of players that will proceed to the next round of the series; dubbed the Eagles Round which will be played at the same venue. They will be aiming to qualify for the Series’ Grand Finale to be played in May at Karen Country Club competing for the competition’s main prize – a fully paid trip to the iconic Gleneagles Golf Course in Scotland.

Following the event at Muthaiga a total of 39 teams have now qualified to play in the next round following previous events held at various clubs around the country.

Commenting on the event, Muthaiga Golf Club Chairman Ronald Meru said; “This was a very successful event. We had a great turnout and the competitiveness was also very high. Certainly, this is because of the tournament’s main prize which is a trip to the Gleneagles – a dream destination for many golfers. We thank KBL for hosting this tournament at Muthaiga, and also for the honors to host the competition’s Eagles Round next month. As we head to the next round, it is my hope that the winners will come from those who have qualified from this club and we therefore wish them the very best.”

“This has been a really great journey so far, and we are very delighted by the progress we have made. We are proud to offer golfers across the country a tournament of this stature, and an opportunity to give lucky individuals the opportunity to travel to and play at the iconic Gleneagles Golf Course in Scotland,” said Katambo.

The event drew the participation of over 150 golfers. Following the event, focus now shifts to Nanyuki Golf Club which will play host to the fourteenth leg of the series dubbed Road to Gleneagles on 9th April 2022.