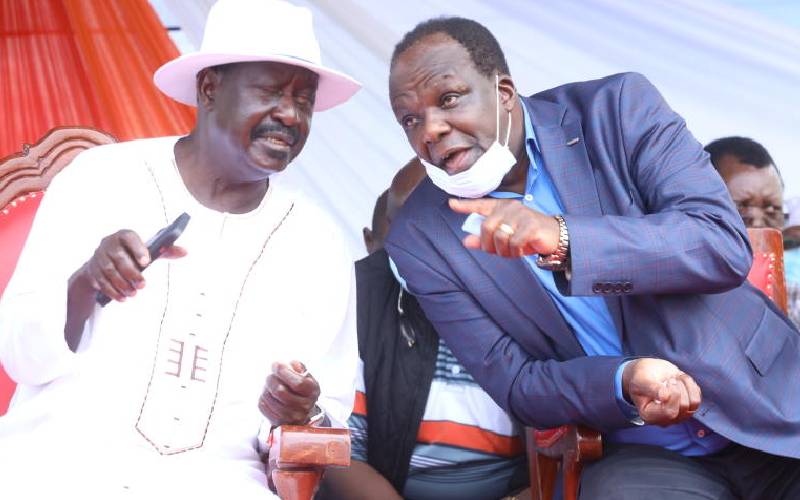 “I am offering myself from now to lead the unity drive of our people. I am done with Raila and even if he bad-mouthes me, God forbid, he knows, he will not be forgiven,” Oparanya said.

The ODM deputy party leader noted that the Luhya community had supported Raila in five successive elections in vain, adding it was time for them to chart a different political destiny to be able to be in government after 2027.  Oparanya led the Azimio Western Kenya vote hunt during the August polls and won key seats in Kakamega, Vihiga and Busia counties.

He has since accused the Opposition coalition leadership of betraying the trust of the Luhya community, adding that their support and endorsement of Raila has not counted in the sharing of election spoils.

He cited minority slots in both the National Assembly, Senate as well as the East Africa Legislative Assembly (EALA) as areas where the community’s numerical strength counted less.

Oparanya speaking for the first time since the August 9 General-Election, said he will henceforth deploy his energies to unite the Luhya community in the populous tribe’s quest for the country’s leadership.

The Council of Governors chairman spoke during a consultative breakfast between with Members of the National Assembly and Senators hailing from the Western region Prime Cabinet Secretary and the National Amani Congress (ANC) boss Musalia Mudavadi Wednesday, November 23, 2022 in Nairobi.

The meeting brought together lawmakers from the Azimio and Kenya Kwanza coalition.