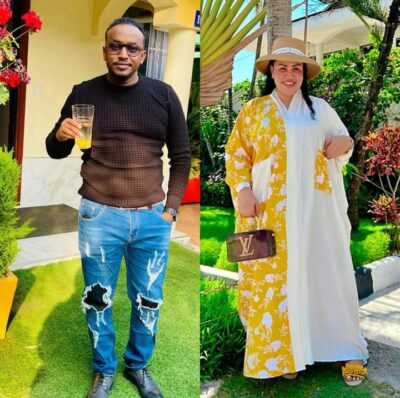 Earlier today socialite Amira had Posted on her Insta-stories that she wants a divorce with Jamal. This was right after her husband Jamal wished her side wife socialite Amber Ray a happy birthday on his Instagram by sharing a video.

This made Amira to complain about being disrespected by her husband. She complained that it was utterly unacceptable her husband wishing another woman happy birthday who has been causing problems in her marriage. She stated that it was the right time for her let him go so that she can start a new life and focus on herself.

However, in the afternoon, Amira shared a photo of herself at Kadhi’s Court an indication that she is filing for a divorce.

Her fans have been reacting on this as her marriage with the business man Jamal seems to be capsizing. Most are in support of her decision to move out as they are arguing that Jamal is toxic and is a mission to frustrate her.

From the turn of events it is clear that Jamal is not able to decide on who to love and wife between Amira and Amber Ray.