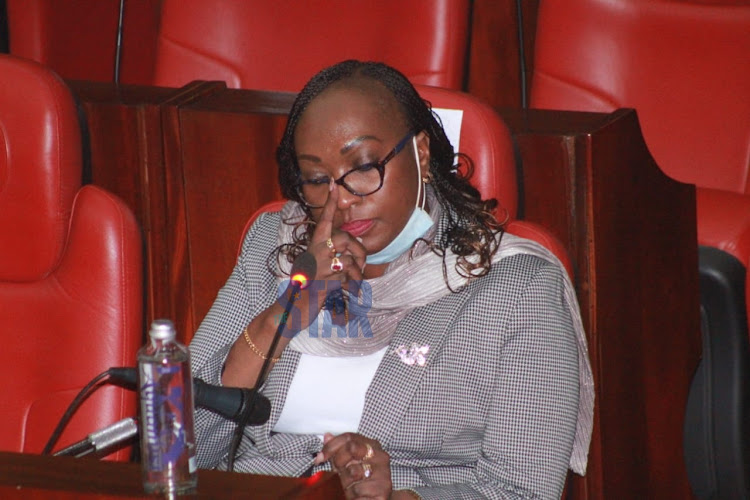 Nairobi County Government has been mured with a lot of drama since the 2017 election, which saw the entry of Mike Mbuvi Sonko as the new governor having ousted Kidero in the last elections.

Soon After Governor Sonko was impeached, light shone upon Ann Kananu as the new sheriff in town. It’s a season for Women they said, women are better managers it is written.

Since Ann Kananu got into office nothing has changed. Speaking on request of anonymity an officer in the county laments of being constant.

Ann Kananu works with the same cartels that Sonko was fighting. She has resulted in working with only one community that holds all the lucrative offices in the county. C.F.O, internal COB, C.O Water, C.O Environment all hail from this community. One such serious case is Mohammed Sahal – this one holds three lucrative dockets C.O Health, C.O Trade, C.O disaster management. His son to holds two positions in the county. Sahals entry into the city hall system came from a then powerful National Assembly Majority Leader and a Tangatanga deep state.

These powerful officers seem to have deep-rooted connections in many institutions including EACC by virtue of having community leaders at the helm.

His disaster management docket has been seen to have numerous audit queries and taxpayers’ monies being paid to companies owned by the same community operatives that run toilets in town. This is under the watch of the very able Majority Leader of the County assembly.

When Speaker Benson Mutura acted as governor of Nairobi for a month, he cleaned up the county executive by removing the so-called ‘Community Cartels’. Immediately Ann Kananu got the instruments of power she had a meeting at Total on Denis prit received a package and returned Waqo as chief officer finance for her own benefits.

Payments in the county have always been a problem, despite Uhuru Kenyatta’s intervention of 1.3b to be paid to SMEs. Ann Kananu has created a summit of seven county officers that is headed by the Majority Leader who oversees Payments in the county. Despite Uhurus efforts, only those companies and Lawyers affiliated to the Majority Leaders community and those law firms that led to the ouster of Mike Sonko get preferential treatment. This also begins the woes of Lydia Kwamboka immediate former County Attorney and her political Advisor from Mt. Kenya.

They have since seen darker days.

Ann Kananu enjoys the protection of a  Dr/flamboyant businessman with deep roots with the deep state.

Despite Kananu being in office as a jubilee leader, she is now warming up to UDA.