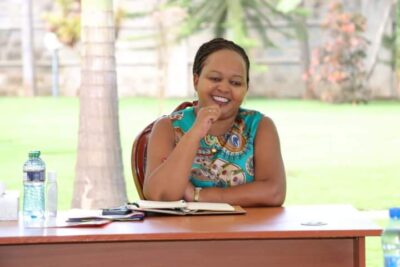 Kirinyaga senator, Charles Kibiru who won the 2017 general elections as an independent candidate has been now installed as the new spokesperson for Jubilee in the county. This has been confirmed by four groups in Kirinyaga county.

The groups which include Jubilee county officials, Maendeleo ya Wanawake, Kiama Kia Ma and Kikuyu Council of Elders said Mr Kibiru will be the link between them and the national government to ensure that there is no vacuum after Waiguru who was spokesperson ditched jubilee party.

Senator Charles Kibiru will now be tasked with coordinating all national government projects and interests. After the appointment Kibiru addresses that, “This is a great honour Kirinyaga people have bestowed on me and I can assure them they now have a ‘father’ who will never abandon them or leave them in the wilderness like a flock without a shepherd.”

Muriithi Kangara the chairperson to Jubilee party in Kirinyaga county revealed that the move to replace Anne was aimed at filling the vacuum she had left when she decided to abandon the party that made her the governor she is by joining UDA.