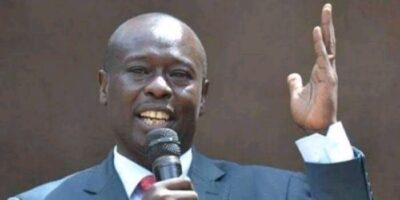 Mathira Member of Parliament Rigathi Gachagua has on Saturday October 9, 2021 declared that Deputy President William Ruto is the Mt Kenya political supremo thus any  other leader who want votes from the region must pass through him.

Gachagua, who was speaking during DP Ruto’s visit to Nyahururu to drum up support for his 2022 Presidential bid, Said the second-in-command is the Mt Kenya pointman and political decision affecting the region will rest with him, adding that any politician who wishes to ascend any seat in the region must seek DP’s blessings.

“I want to tell those rich men that when they are finally done endorsing Raila Odinga, they should be reminded that Ruto is the current owner of the mountain. Anyone who wishes to climb the Mount must pass through Ruto,” he said.

Deputy President has in a number of times dismiss ODM leader as an outsider in the Mount Kenya region, referring to the ODM boss a visitor to the central region, and purported to welcome him to the vote-rich region where he claims to be a resident.