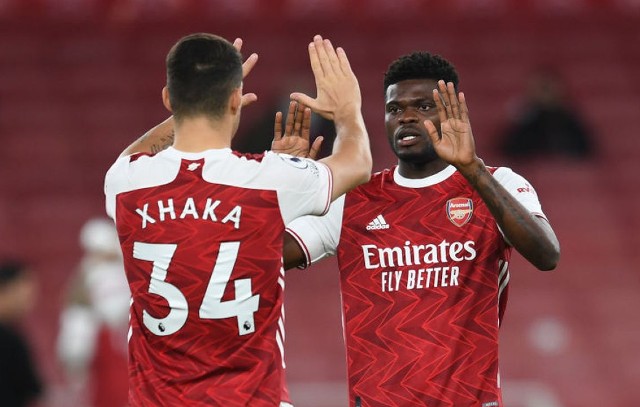 Ghanaian Thomas Partey scored his first ever goal for the Gunners since joining Arsenal from from Spanish La Liga champions Atletico Madrid in 2020 by netting in the 23rd minute.

Arsenal captain Pierre-Emerick Aubameyang added to in first-half stoppage time (45+6) after his initial penalty was saved by Emi Martinez following a VAR review for a foul by Matt Targett on Alexandre Lacazette.

Emile Smith Rowe stretched the hosts’ advantage on the break (56) to cap another impressive display, before Jacob Ramsey scored a late consolation for the visitors (82).

Arsenal are now unbeaten in seven games but after back-to-back draws with Brighton and Crystal Palace, this was the perfect return to winning ways with the victory moving them up to ninth in the Premier League table ahead of the weekend’s remaining games.

The result means Aston Villa stay in 13th place after suffering a third successive league defeat for the first time since July 2020.