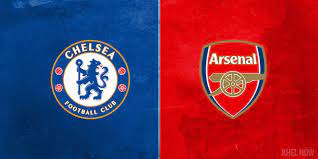 Declan Rice, a midfielder for West Ham, may have become Chelsea’s long-term target during the transfer season. Because of his waning contract, rivals Arsenal are reportedly considering a transfer in the summer that might only cost £80 million. Arsenal and Chelsea are competing on who to win the player to strengthen their team.

Due to the necessity to strengthen their own central ranks over the next several weeks and months, the Blues risk missing out on a move. Before negotiations broke down, a high-profile transfer involving Enzo Fernandez of Benfica was in the works. Moises Caicedo of Brighton is also still being linked.

If the midfielder’s recent remarks on the Gunners are any indication, West Ham captain Declan Rice looks to have great regard for Arsenal.

Since Rice’s contract with the Hammers expires in 2024, the club’s only opportunity to make a profit on the gifted 24-year-old player is this summer.

Mykhailo Mudryk, who chose to join Chelsea in an £88 million move, was available for signing in the January transfer window, but Arsenal tried to be active in that period but failed to do so.