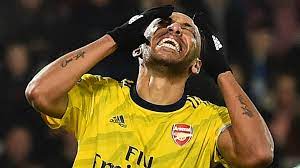 Gabon skipper Pierre-Emerick Aubameyang has been stripped of the captaincy following a disciplinary breach last week.

Aubameyang was left out of the squad for Saturday’s match against Southampton, and Arsenal confirmed their decision to remove the forward as captain on Tuesday.

Arsenal head coach Mikel Arteta said that the “painful” decision had been made to “defend the interests of the football club”.

The Spaniard confirmed that both he and senior club officials had held face-to-face conversations with Aubameyang to inform him of their decision.

“I think it’s a really clear statement from the club,” Arteta said during his pre-match press conference on Tuesday. “It’s a decision that we’ve made following the last incident that we had with the player and this is where we stand.

“When we have to make that decision, obviously it’s because that’s the right one to defend the interests of the football club.

“It’s been a lot to digest and a really difficult decision to make, so we need a bit of time.

“To make the decision that we made is because it was really hurting and it’s still like this and it needs a little bit of time to heal, so for now, again, he’s not involved in the squad.”

Arteta suggested that there would be no rush to appoint a permanent replacement for Aubameyang as captain, with members of the club’s ‘”leadership group” set to share the responsibility in the coming weeks.

The club also said Aubameyang will not be available for selection against West Ham on Wednesday.

“We expect all our players, particularly our captain, to work to the rules and standards we have all set and agreed,” the club said in a statement.

“We are fully focused on tomorrow’s match.”