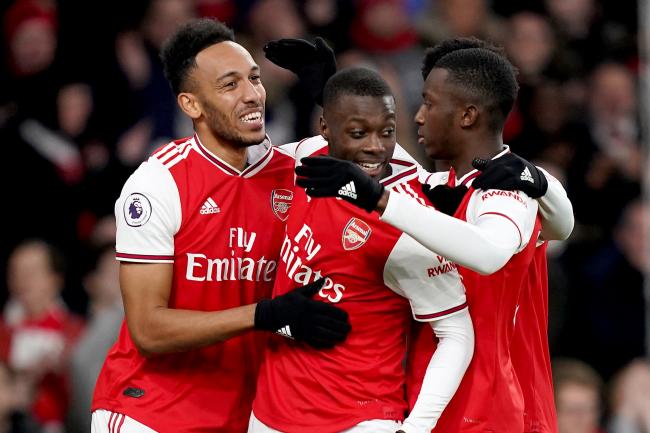 Arsenal secured their first points of the Premier League season with victory 1-0 over Norwich City at Emirates Stadium on Saturday, September 11th, 2021.

Gabon captain Pierre-Emerick Aubameyang was back on target to set Arsenal on their way after 66 minutes, with a finish from almost on the goal-line after Canaries’ keeper Tim Krul turned Nicolas Pepe’s shot on to the post and the same player then struck the woodwork again.

Arsenal had an anxious moment as referee Michael Oliver conducted a VAR check for offside before the Emirates Stadium celebrate with a mixture of elation and relief.

Arteta was under mounting scrutiny after a miserable start to the campaign with three defeats that left the Gunners at the foot of the table, so a win that was workmanlike rather than spectacular will be gratefully received