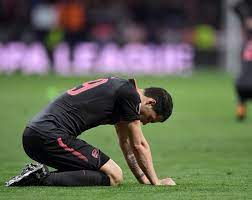 Arsenal’s Xhaka Knocked out of Qualifiers by Coronavirus

The 28-year-old was left out of the squad to face Greece in an international friendly in Basel on Wednesday evening after being diagnosed with symptoms during the morning.

The game would have been Xhaka’s 99th for Switzerland ahead of hosting Italy on Sunday which Xhaka is now a doubt for.

“Xhaka was diagnosed with symptoms on the morning of the game and was immediately isolated in his room,” read a Swiss Football Association statement.

The Swiss FA confirmed that local health authorities had said no further measures were needed for the team because the other players were all either vaccinated or had previously recovered from the virus.

Xhaka, 28, who is the Swiss captain, is isolating but will take another PCR test on Thursday.

However, an unidentified staff member did have to isolate.