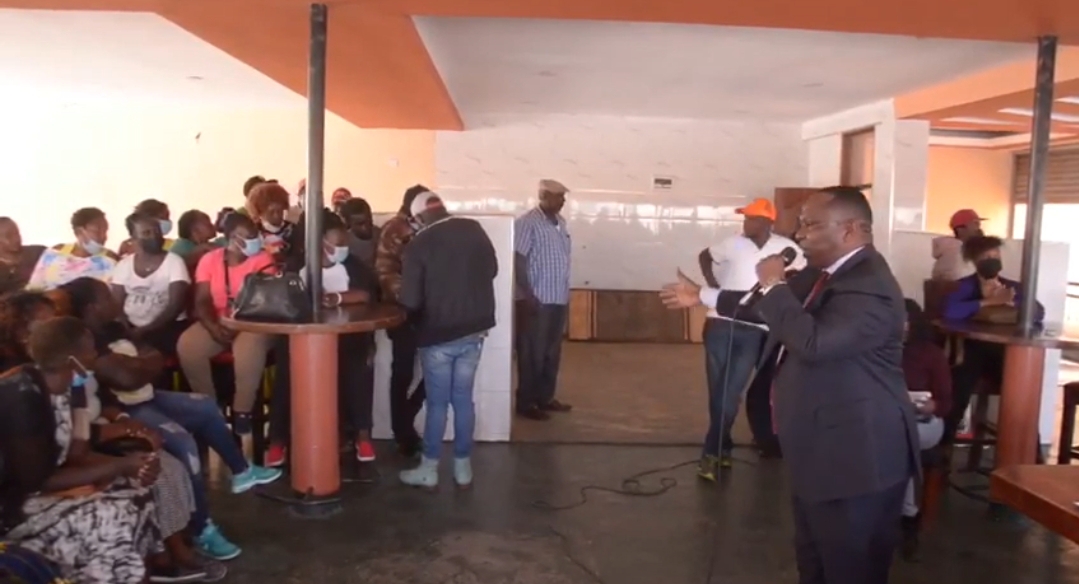 Ngatia said he was most suited to serve Nairobi as governor and Raila was the most qualified candidate to be elected president.

He said his combination as Nairobi Governor and Raila as president was the best bet to make the city reclaim its lost glory. Ngatia in a meeting with Kiamaiko market women traders assured them that the days of being threatened with forcible eviction from their businesses by the county government will be over and a thing of the past.

He said Raila’s vision in the Azimio la Umoja philosophy was for unity and ensuring that every Kenyan had a piece of the national cake which was being eaten by the few in the society.

“As an Azimio follower will ensure that in Raila’s spirit of peace, love, unity and fairness  for all that I will lead a unified and prosperous Nairobi county,” said Ngatia.

Ngatia said he was looking forward to him and Raila getting elected as governor and president respectively by the goodwill of Nairobians in entrusting their lives with them.