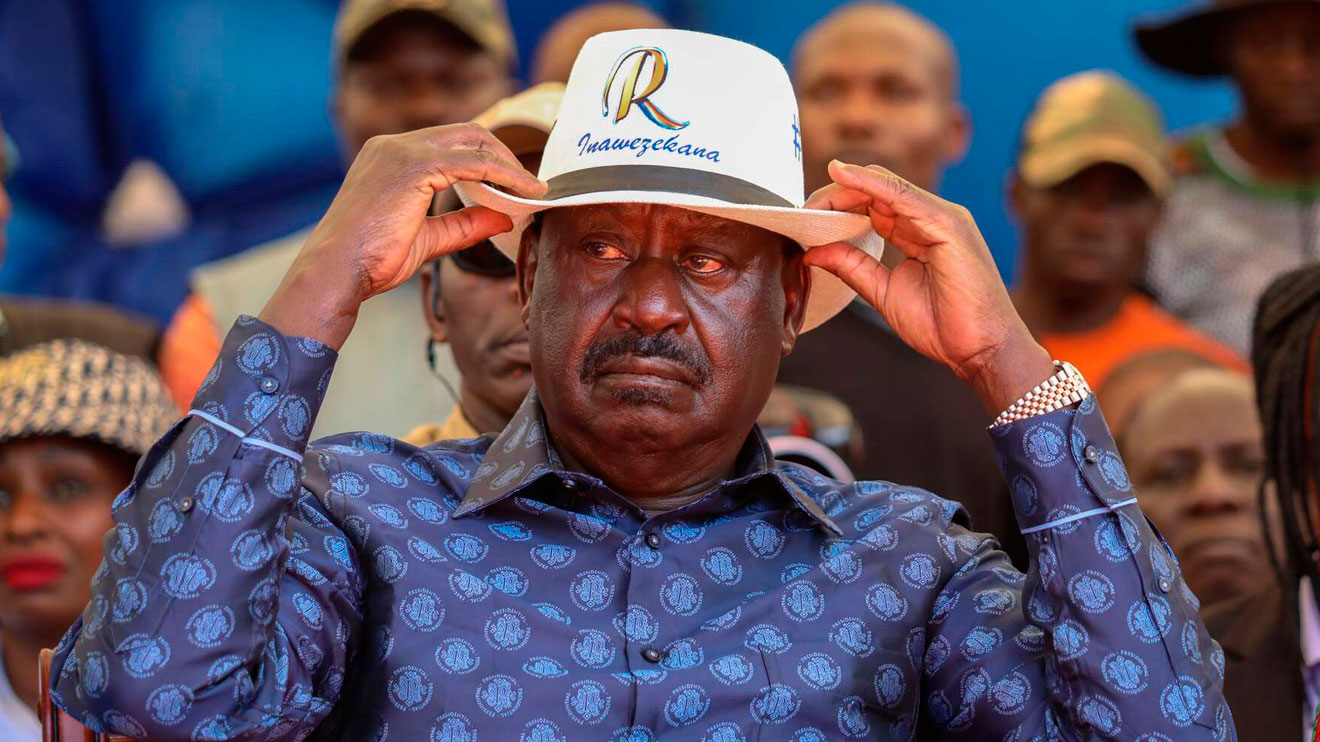 Raila who was flying Azimio la Umoja – One Kenya coalition presidential torch insists that his victory during the August 9th 2022 presidential election was stolen.

Speaking at Kamkunji Grounds in Nairobi, on Monday, January 23, the former Prime Minister said he has evidence to believe that he won the presidential poll by more than two million votes.

Raila said the Independent and Electoral Boundaries Commission (IEBC) whistleblowers had confirmed to the Azimio team that the coalition won with a landslide.

The Orange Democratic Movement (ODM) party leader said they do not recognise Dr William Ruto as the President of Kenya and that the Kenya Kwanza government is illegitimate.

He claimed Ruto was rigged in a wider scheme involving the outgoing chairman of the Independent Electoral and Boundaries Commission (IEBC) chairman Wafula Chebukati.

Raila demanded that the 2022 election results be audited by an independent body.

“We will not recognise the Kenya Kwamza regime. We consider the regime illegitimate,” he said.

“We demand that the entire infrastructure and records of IEBC on the 2022 election are made public and be audited by an independent auditor.”

According to Raila, the Supreme Court was captured by cartels and made to dismiss his petition challenging Ruto’s victory as Kenya’s fifth President.