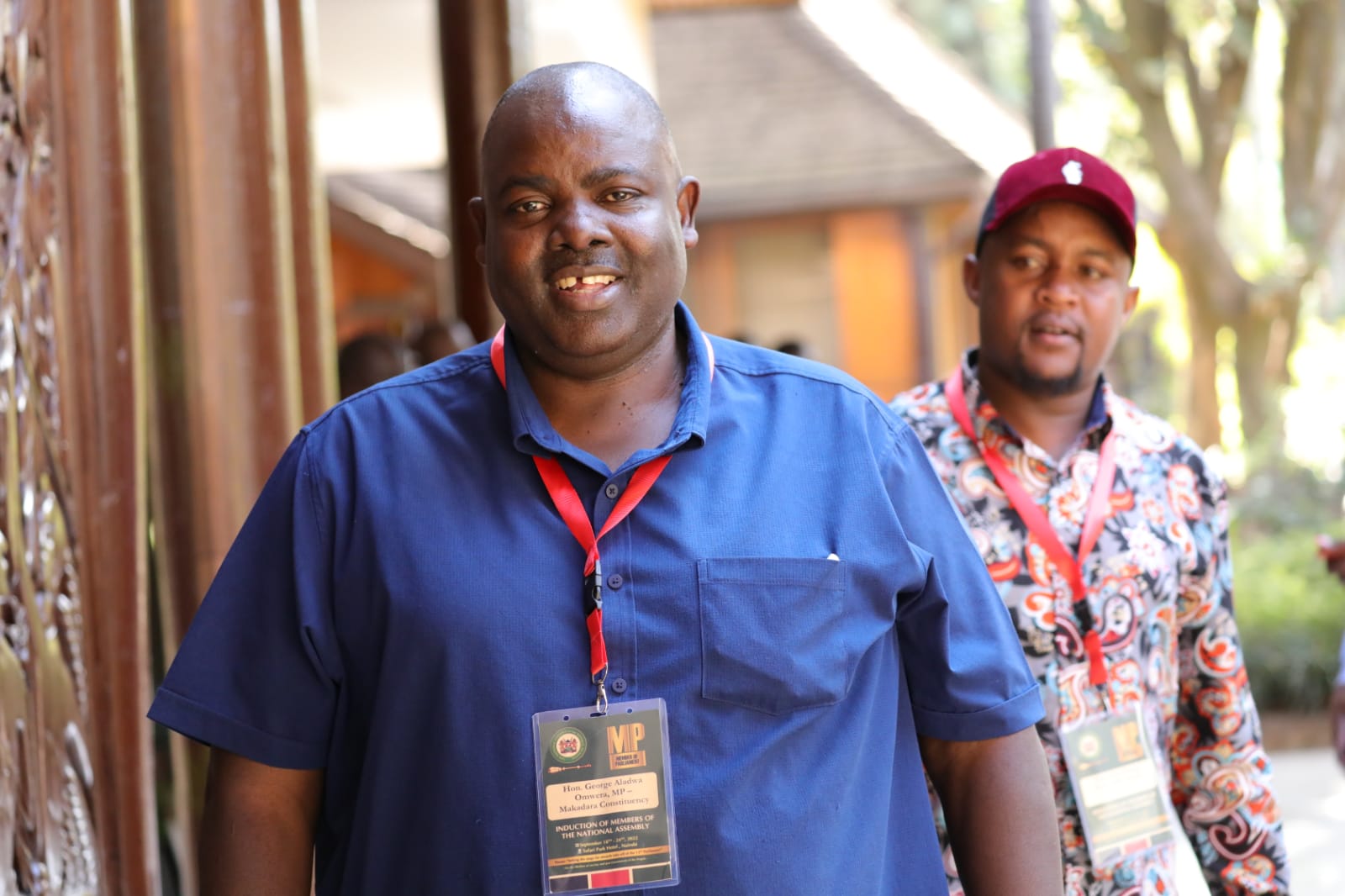 Aladwa set to defect to Kenya Kwanza to vie for Vihiga Governor in 2027.

Makadara Member of Parliament (MP) George Aladwa is angling to defect to Kenya Kwanza in preparation for running for the Vihiga gubernatorial position in 2027 and succeeding Wilbur Otichilo who will have served his two-term constitutional mandate.

Aladwa who is the Nairobi Orange Democratic Movement (ODM) Nairobi branch chairman wants to shift his political base to his rural home of Vihiga and being a political operator is warming up to former Vice President Musalia Mudavadi in making inroads in Kenya Kwanza early fearing for the future of ODM which has been consigned to opposition against the ruling coalition.

Aladwa’s plan is to start favouring members of the Luhya sub-tribes of the Banyore and Maragoli who are from Vihiga in Makadara constituency and in Nairobi with goodies meant for Makadara in order to win their hearts in advance as he makes his advances to the Vihiga gubernatorial seat.

While campaigning to be re-elected as Makadara MP, Aladwa in his many meetings with Luhyas in Makadara promised to favour them and give them first priority which is a carrot he is dangling to the Maragoli and Banyore sub-tribes in preparation for their support ahead of the 2027 general elections as he prepares to run for Vihiga governorship. 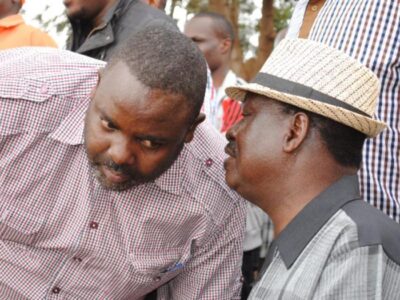 Aladwa is preparing to shift his political base from the capital city to Western as he thinks it will be easy to bag the Vihiga governorship without not tough contest and with the blessings of Mudavadi fearing the threat posed by the former Nairobi County Assembly Minority Whip Jateso Peter Imwatok aka Jalibamba who had succeeded him as the Makongeni ward MCA and his main rival during the August 9 elections UDA’s Anthony Waithaka aka Anto Makadara 1.

Aladwa who has been depending on the support of Raila Odinga throughout his political life now fears that he may not enjoy that support in the future as Raila is said to be closer to Imwatok who was the chairman of Nairobi aspirants and managed to make ODM bag majority of parliamentary and wards seats in the city.

According to sources close to the Makadara MP who spilled the beans, after the Supreme Court ruling that legitimized the 2022 general elections that were held on August 9th, Aladwa started meeting the Prime Cabinet Secretary-designate, Hon Musalia Mudavadi for reconciliation and pledging loyalty to the former VP.
Aladwa Jateso
Among the major items discussed for his defection is Mudavadi to arrange his meeting with President Dr. William Ruto in order to strike a working relationship on the road to the 2027 elections.

In return, He has assured Mudavadi that he will support the Kenya Kwanza alliance agenda in the National Assembly.

Aladwa has already started working on pushing for the Kenya Kwanza agenda in advance as he waits for the president to return from the United States of America (USA) for a United Nations meeting in New York by proving in advance.
Aladwa Jateso
The Makadara MP an ODM Nairobi chief is working in the background to undermine the Azimio coalition’s position on the distribution of seats in the Nairobi County Assembly by opposing Azimio’s choice for Speaker.

He is working with the ruling United Democratic Alliance (UDA) to ensure that Azimio’s choice for Speaker and the leader of majority positions do not bag the posts.

The legislator who has started his second term as a political broker has promised Kenya Kwanza that he will rock and sink the Azimio boat from within as the UDA candidate wins the post at the expense of Azimio’s favourite candidate Hon Ken Ng’ondi.

Aladwa is also in agreement with the Kenya Kwanza position that Azimio is the minority party in the Senate, National Assembly, and Nairobi county assembly contrary to the position of the Azimio coalition.