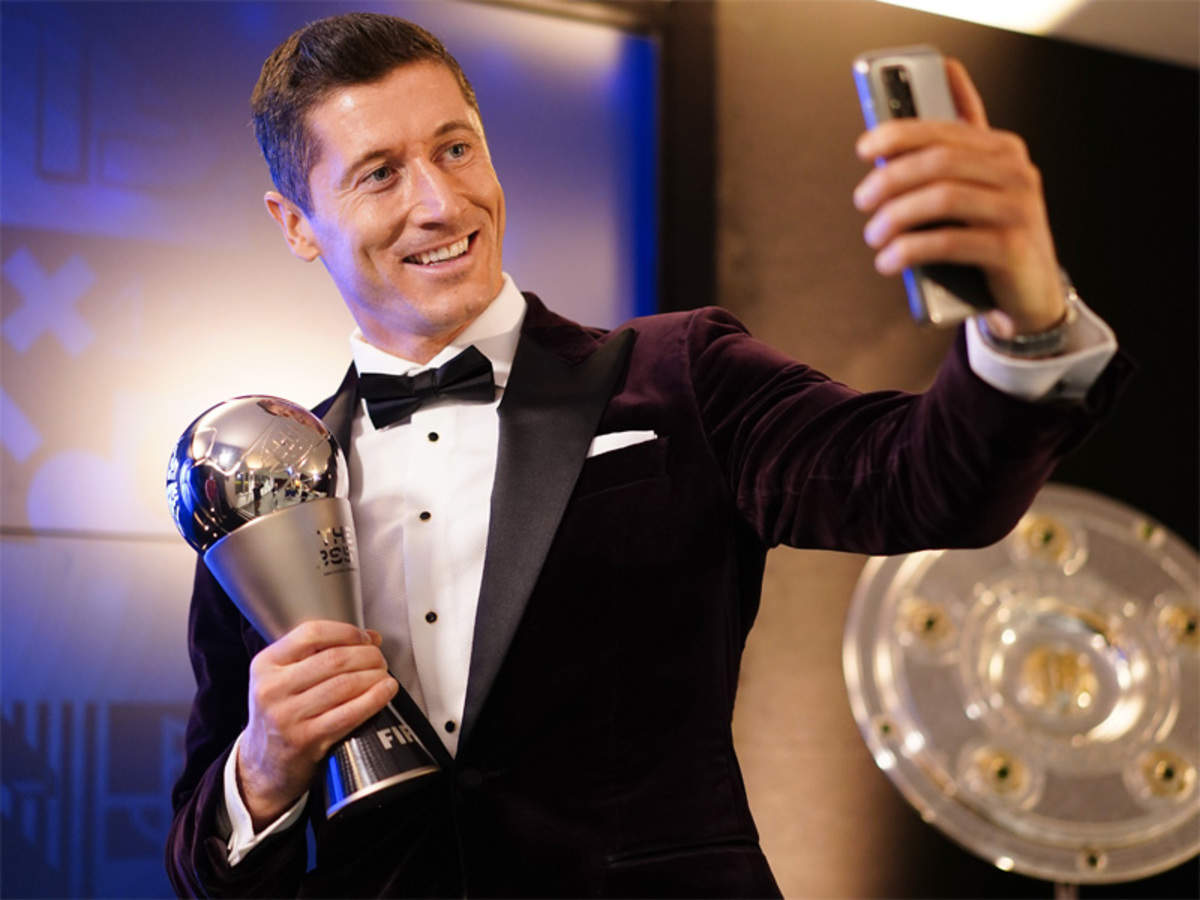 Lewandowski set a new record for most Bundesliga goals in a calendar year with his 43rd goal in December, breaking the record set by Gerd Muller in 1972.

The 33-year-old, winner of the men’s award in 2020, also became the first player in Bundesliga history to finish top scorer in four consecutive seasons.

Chelsea boss Thomas Tuchel won the award for the Best Fifa men’s coach for guiding Chelsea to their second Champions League title after only joining the club in January.

Former Tottenham winger Erik Lamela – sold to Sevilla in the summer – won the Fifa Puskas award, which recognises the best goal in world football during the year, after his ‘rabona’ finish in the north London derby against Arsenal last March.

Chelsea’s Edouard Mendy won the award for the Best Fifa men’s goalkeeper after a successful first season with the club, including a clean sheet in the 1-0 win over Manchester City in the Champions League final.

The Denmark national team and their staff won the Best Fifa fair play award for their swift response after Christian Eriksen collapsed on the field during the Euro 2020 game with Finland.