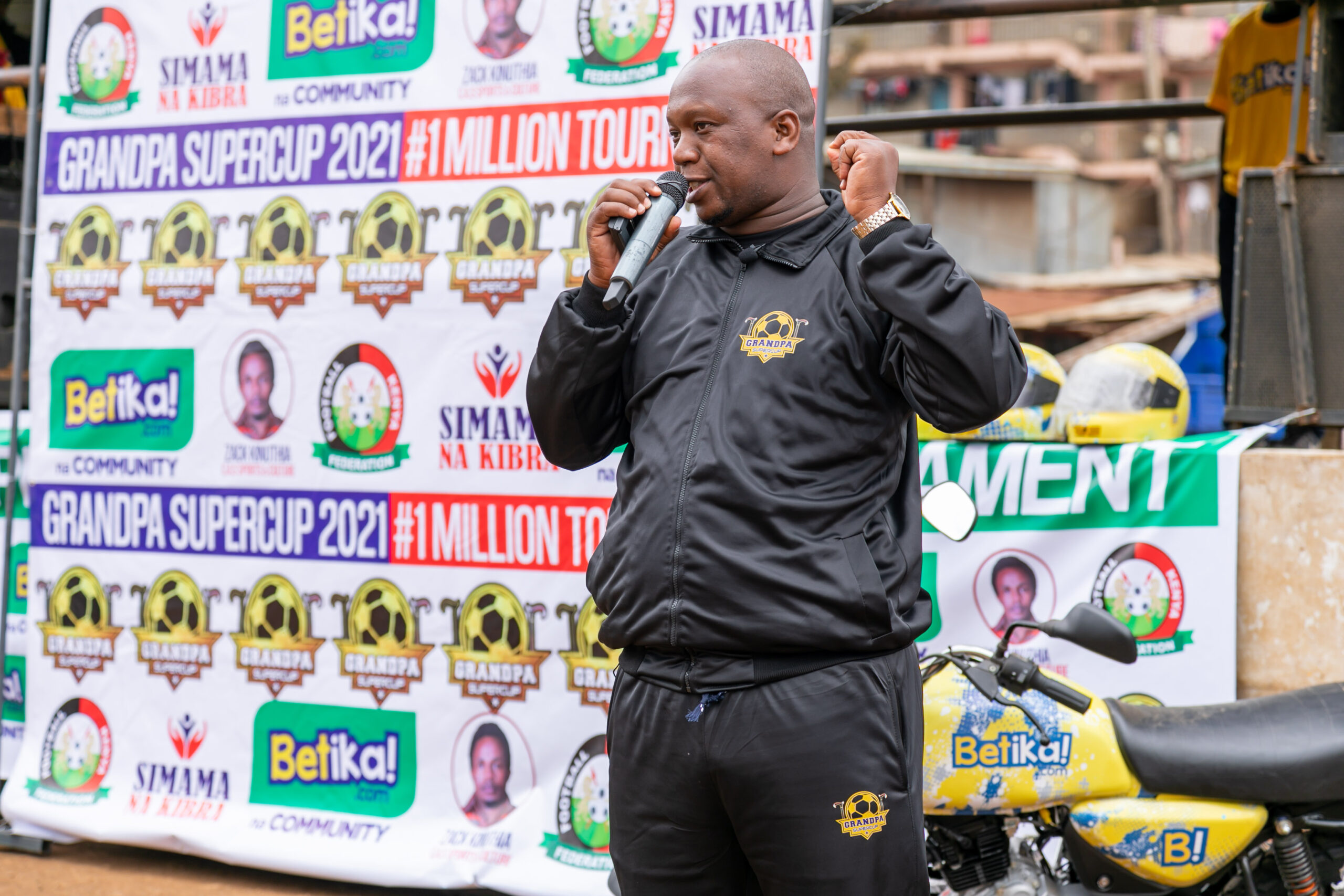 Betika, the leading Kenyan sports gaming firm is the official sponsor for the 3rd edition of the GrandPa tournament dubbed Betika Na GrandPa 1 Milli SuperCup that will be held in Kibera.

The tournament will comprise of 64 teams with 48 men’s and 16 women’s teams in a 12 week event that kicks off in late September and ends mid December.

The winners of the Cup will take home Kshs. 350,000 courtesy of Betika. The firm’s aim is to invest in the youth by nurturing their talent through Sports, Arts and Culture.

During the competition the sponsor and organizers of the tournament plan to hold mentorship and training sessions for players and coaches with celebrated Kenyan footballers.

“We plan to have a three day mentorship and training session where we will have all the coaches and
team goal keepers taken through serious mentorship program from our celebrity footballers in
conjunction with Betika.

“During these sessions we will be able to identify, nurture and expose talents amongst the players, mold the team into responsible members of the community. We are happy with the strides ‘Betika Na Community’ is making in transforming the lives of our youth.

Sports has this unique power to celebrate our common humanity. It brings people together –allowing them to meet each other and share a common love for the game, compete on equal terms, follow the same rules and respect differences even in competition” Said PR Manager Betika, Kate Arudo.

“At the heart of the community, sports is a way of life with the vision of getting a better life. One
of the most striking things about observing the grassroot players during their training is their enthusiasm, something that is inspired by football but not confined to it. Many of them have rarely been supported or even encouraged in their life before, but Betika provided just that support, giving them a sense of confidence that they channel into improving their own lives outside their hoods. ” said top recording label Grandapa Records founder and Ceo Refigah aka Noah Yusuf.