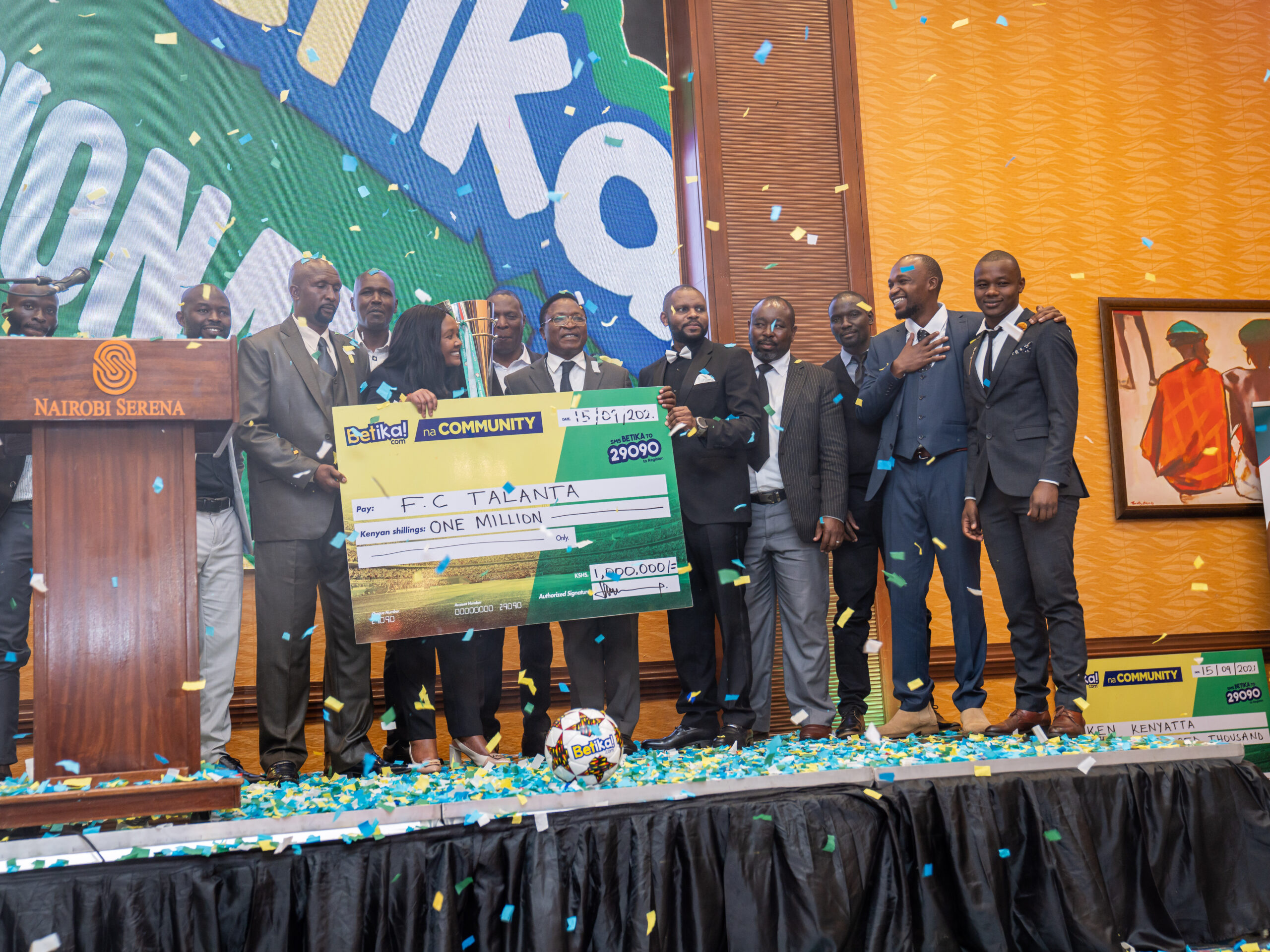 The first ever awards ceremony for the second division league saw over 11 category winners receive awards and cash prices as a token from the firm.

“Betika as a firm felt that the sponsorship without recognition will not motivate the teams enough therefore, we decided to start the Betika National Super league awards. Through the sponsorship, we have an approximate of 50 players moving from Betika National Super League (BNSL) to Kenya Premier League (KPL_ every season, a testament to the league’s improving talent.” Mr Nicholas Mruttu, the firm’s Chief Executive Officer said,.

In November 2019, Betika announced a Ksh 94M partnership with the Football Kenya Federation (FKF) to sponsor the National Super League (NSL) in a 3-year partnership deal.

The league which is now known as Betika National Super League comprises of 20 Kenyan grassroot football teams competing for the coveted winners’ cup during the September 2019 to May 2022 season.

Speaking at the awards ceremony, Mr Nicholas Mruttu, the firm’s Chief Executive Officer said,“Under the sponsorship, each of the 20 competing teams get Ksh 750,000 per annum and in-kind provision of kits, balls, nets and other sports equipment.

Through the sponsorship, Betika is the sole and official grassroots football partner for FKF with Ksh45M going directly to financing grassroot football activities across the 47 counties.