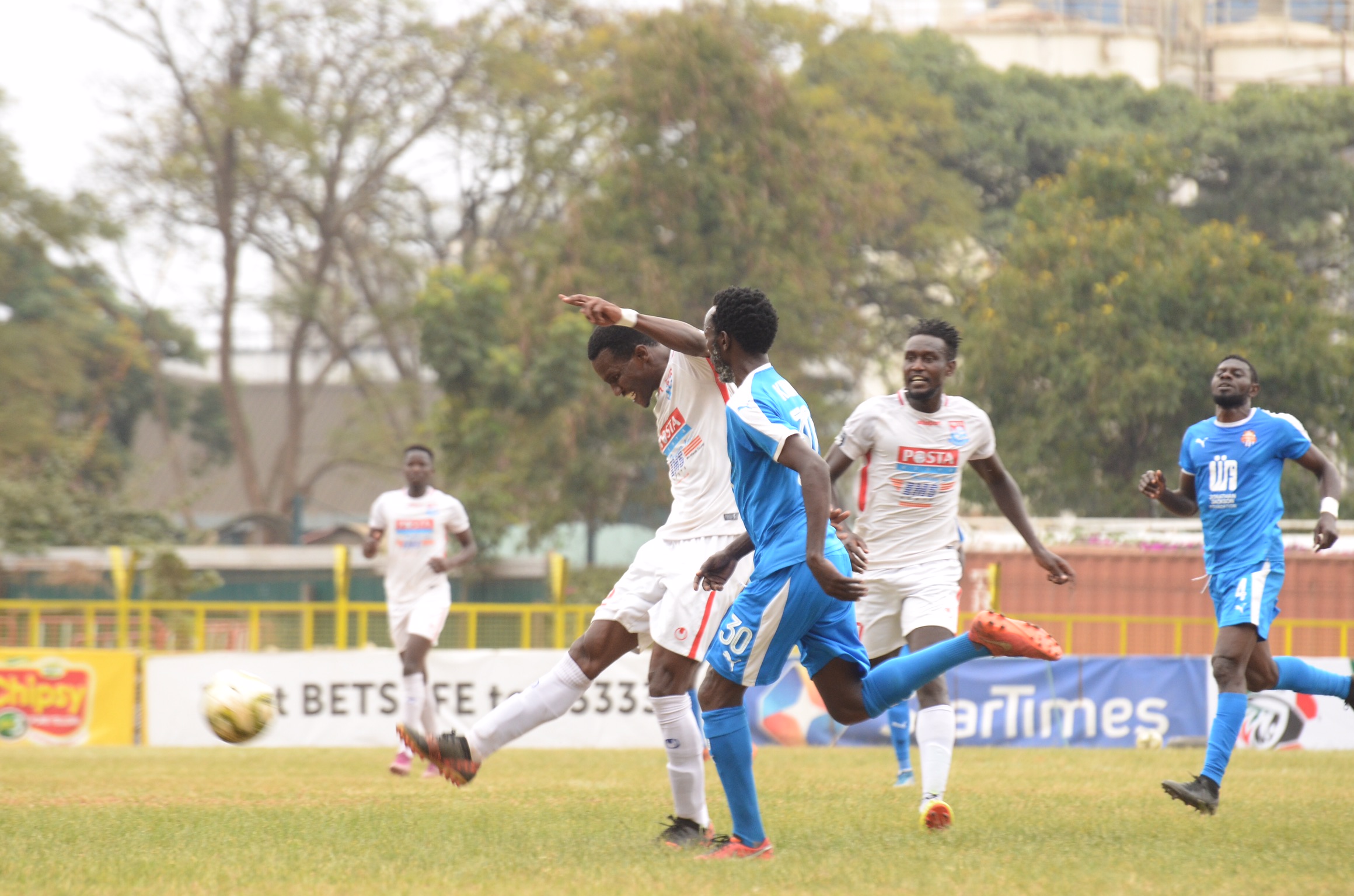 League debudants Bidco United held premier league defending champions Gor Mahia to a one all draw in a match that saw youngster Frank Odhiambo produce a man of the match performance.

Going into the match straight from receiving a bye in the CAF Confed qualifiers, and with league out of contention Gor Mahia seemed to using the the match to test their muscle with a few changes in the line up.

Samuel Onyango and Harun Shakava returned in the starting 11 after missing out against their match with KCB, Gad Mathew replaced Samuel Njau, with John Ochieng playing his first full debut inside the green jersey.

Bidco took the kick off, and wasted no time before testing Gor Mahia’s goal mouth as David Orem’s freekick went inches off into the side netting in the 6th minute.

However just a few seconds apart Tito Okello almost dazzled the Gor bench but his moment was cut short as Kevin Okumu earned himself a yellow card for a dangerous tackle on the South Sudanese import.

Boths side pushing hard to score a goal, but it was not until the 37th that Jules Ulimwengu opened the scoring with a fine shot past Brian Opondo after collecting the ball from the middle of the pitch.

With the match going into the halftime break with Gor on the lead, Peter Anyona restored parity for the visitors after turning in a fine delivery from Anthony Simasi in the 48th minute.

Gor are now 8th on the log with Bidco 11th a point separating the two sides.

In the other games Sofapaka won 3-0 against Wazito FC at the Thika Stadium, Bandari FC producing a similar result against relegtion threatened Mathare United side.

In the early kick off match Posta Rangers were held a two all draw against simba wa Nairobi, Nairobi City Stars FC, on Friday KCB lost 3 crucial points as they slipped against Vihiga United losing 2–1 as Tusker won 2-0 against Kakamega Homeboyz to open a three point lead at the top of the table.