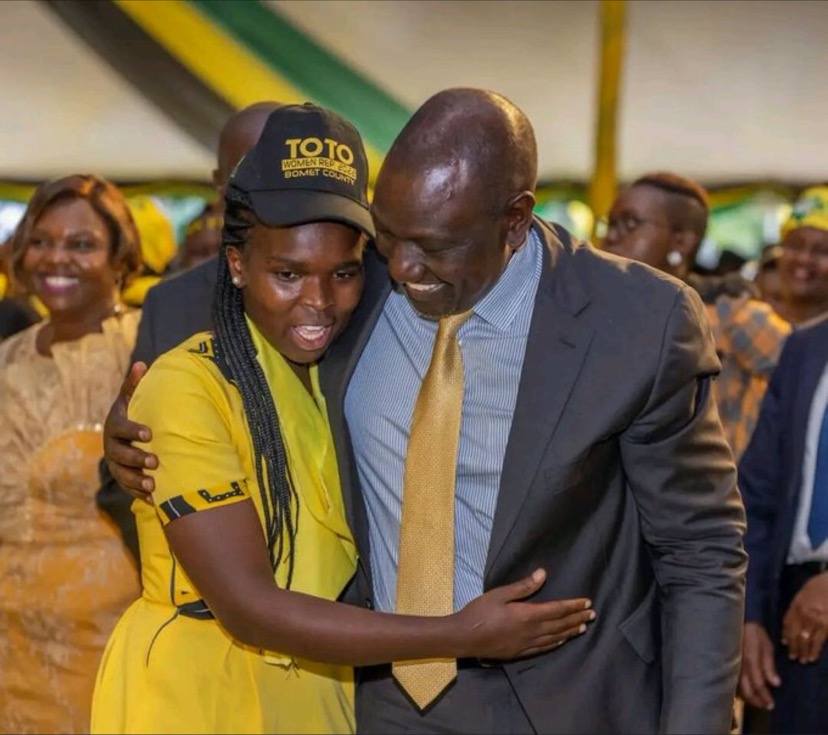 Toto was among 12 young MPs, who had accompanied Deputy President Rigathi Gachagua to the event which is a multifaceted youth empowerment model focused on leveraging youth employability, entrepreneurship, and civic engagement through innovation.

Gachagua had to take pauses as the applause from the participants drowned out his introduction of the 24-year-old first-term legislator at KB Arena in Kigali.

“I came with one of the miracles in our country, a little young girl, 24 years old, and was elected as the Woman Rep of Bomet county defeating a mature experienced Woman,” Gachagua stated as the crowd cheered.

The DP urged African leaders to encourage the youth to take up their rightful positions in leadership.

Gachagua challenged the youth of Africa to take up leadership roles so that they can drive Africa’s socioeconomic development.

The DP said the youth should be the drivers of Africa’s march into the future.

He was speaking when he delivered a keynote address at the Youthconnekt Africa Summit that is underway in Kigali, Rwanda.

The annual event, which has attracted 9000 youth to Kigali this year alone, will be hosted in Nairobi in 2023.

“This is a creative age, it is a tech age and innovation age. You have the ideas, ” the DP added as he challenged the youth to take up leadership positions in their countries.

The DP said the youth make up 60 percent of Africa and they have no excuse not to occupy the leadership positions they want.

He said Kenya has already made strides in giving space to the youth in leadership.

He said during the last general election, the people of Kenya indicated in a strong statement that they are ready for leadership by the young.

He said more than 33 percent of Members of Parliament in Kenya are young people and they have a responsibility to push the youth agenda from inside the government.

DP Gachagua introduced 12 young MPs including Bomet Women Representative Linet Chepkorir ‘Toto’ who is just 24 years old to the participants of the summit at KB Arena in Kigali.

The DP urged African leaders to encourage the youth to take up their rightful positions in leadership.

He commended President Paul Kagame of Rwanda for being a mentor to the youth of Africa and thanked him for hosting the Youthconnekt Africa Summit for ten consecutive years.

The DP said Kenya wants to support Rwanda by hosting the 2023 edition of the summit.

On his part, President Kagame said the summit has become a powerhouse for youth empowerment.

He said young people are equal partners in Africa’s development agenda and must be given the space to contribute to the growth of the continent.

He said the world is undergoing rapid changes and Africa would be left behind if its young people are not treated as equal stakeholders.