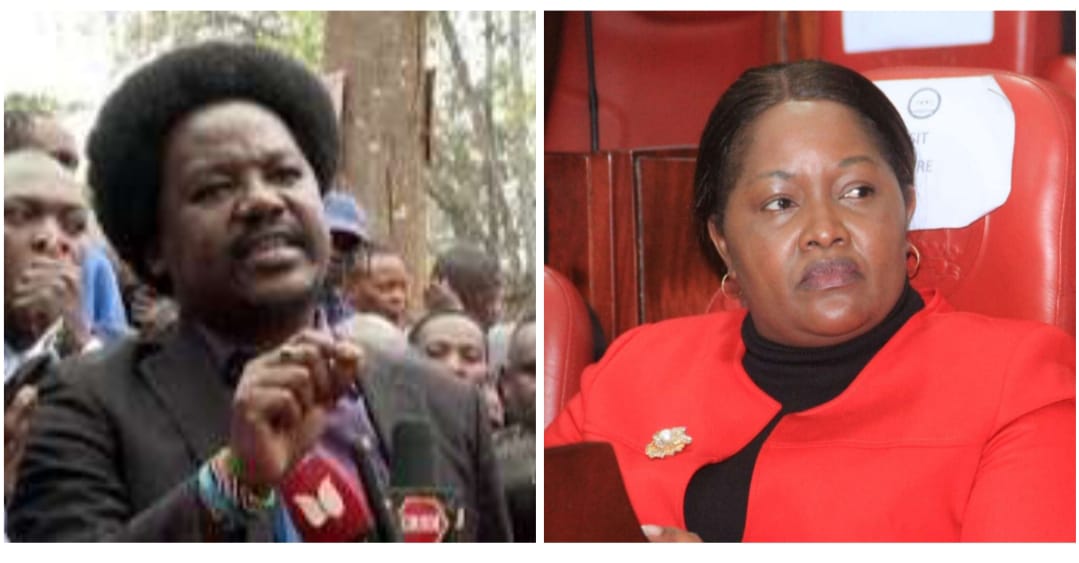 The Peoples’ Parliament known as Bunge La Mwananchi has petitioned the Ethics and Anti-Corruption Commission (EACC) to investigate and prosecute Lydia Kwamboka for corruption at City Hall.

The Bunge La Mwananchi President Edward Githaiga accused Kwamboka of engaging in corrupt deals and occupying the office of the County Attorney illegally.

In a letter addressed to the EACC Chief Executive Officer, Githaiga petitioned the anti-graft body to investigate the continued stay of Kwamboka in office.

On July 29th, 2021 Members of the County Assembly (MCAs) resolved to terminate the services of County Attorney Lydia Kwamboka.
The ward representatives adopted a report by the Justice and Legal Affairs Committee that recommended for termination of the contract of Kwamboka for abuse of office and operating without a valid advocate practicing certificate.

The report stemmed from an investigation by the committee which had been probing a petition by John Mark Ojiambo who sought the removal of Kwamboka “on behalf of Kenyan citizens and Nairobi taxpayers.”
Githaiga said Kwamboka’s conduct does not meet the provisions of Article 10 and Chapter Six of the Constitution, hence she is unfit to hold office.

The president accused Kwamboka of making and authorizing payments despite being out of the office which he termed as stealing by servant.

Githaiga called for the investigations and prosecution of individuals who are behind aiding Kwamboka’s illegal continued stay in office.

He asked EACC to probe payments that were authorized by Kwamboka and the county’s Chief Finance Officer paid to Kwanga Mboya Advocates and freeze the Ksh51 million on December 21st, 2022 paid to the lawyer without following the law and financial audit procedures as laid down in the County Government Act pending investigations.

“We want the EACC to also establish whether the law firm in question has the approval of the County Government of Nairobi in discharging financial transactions on its behalf,” said the petitioner.

The Bunge official asked EACC to make public the findings of their investigations given it’s a matter of national and public interest so that no dust is swept under the carpet.

He issued a seven days notice to the anti-corruption agency to respond to their petition and take action to save taxpayers from further loss of public funds.