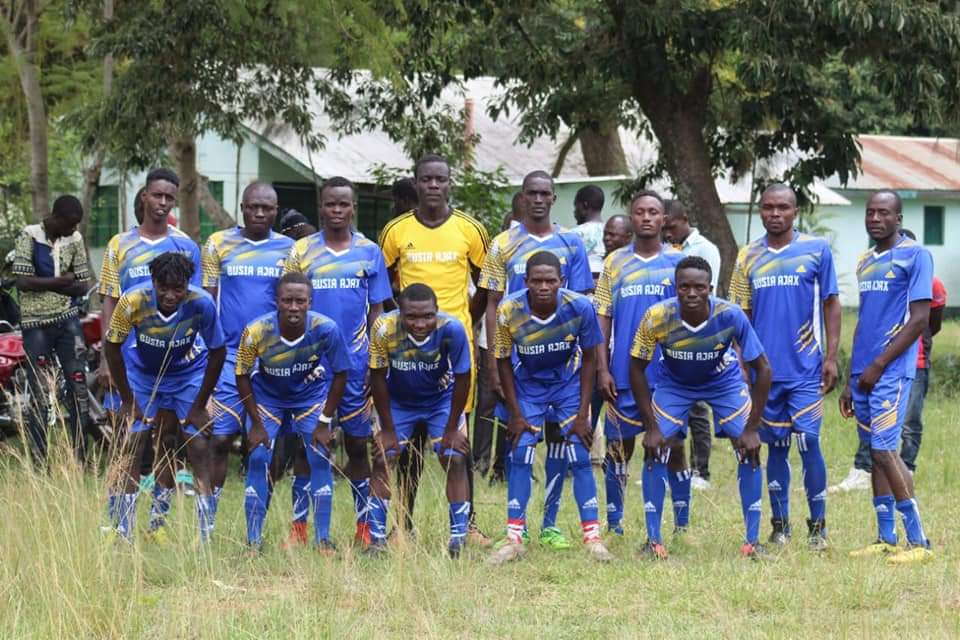 Kamolo and Dragon FC ran riot, hammering their opponents in the ongoing Busia County League that entered round of 12 at the weekend.

Kakurikit fielded only seven players including the goalkeeper. Club coach Bernard Opworo said he was forced to play for entitlre 90 minutes after four of their players were injured in motorcycle accident as they were travelling to honour the match.

Eng. Omudek’s five goals pushed his goals tally to 17 to top the scoring chart. This includes three hattricks and two braces in a row.

Omusugu is second on 10 goals, with their partnership netting a total of 27 goals to see them move second on the log with 21 points, three behind leaders Malaba Giants with a goal difference of 20.

Canopy’s goals in their 6-0 rout of Villa came through Martin Buluma, Felix Ojiambo and Geoffrey Ouma who scored a brace each.

The victory saw them jump to second place with 23 points, one point behind leaders Dragon FC who lost their second match since the start of the season, falling 3-1 to visiting Ajax at Nyakwaka Primary School.

Ajax victory saw them jump to third place with 22 points while Butula Eagles who drew 1-1 with visiting Masters FC are fourth with 21 points.

In other Zone A matches, Young Rovers were held to a 2-2 draw by Teens of Hope at Otimong Primary School. Hosts Mabale trounced Mungatsi 3-0.

In Zone B, FC Amagoro and Boca Junior settled for a barren draw in an exciting match played at Amagoro Primary School, while Kekalet beat Lupida 2-0.