The Kaloleni-based outfit, who last won the regional title in 2012, were handed playing kit by businessman Anthony Waithaka aka Anto Makadara 1 at their training court in Kaloleni.

Waithaka who will be contesting for the Makadara constituency parliamentary seat in the forthcoming 2022 general elections boosted the team with two sets of uniforms and cash to cater for their logistics.

“Black Mamba is a seasoned team, they have won the regional title before, so I expect them to bring back the trophy this year,” Waithaka said.

And as the team prepares to depart for Dar-es-Salaam, team coach Martin Abunde insists with the timely boost from Waithaka that their main mission is to end their long title drought.

Abunde intimated that they are going for the title this time round after being perennial finalists in several editions including in 2018.

“Lifting the title has been a daunting task for my team in the past editions where we have always finished in the medal bracket but the gold has remained elusive,” said Abunde, who recently guided the women’s national roll ball team to winning the World Cup in India.

“We are as good as those teams who have won the championships but we hope to make our chances count this time round.”

“We have painfully lost in the finals five times including last year’s 42-41 defeat to Kenya Defence Forces in 2016. But that is history and we are all focused on bringing back the trophy. We are well prepared and the boys are ready for the task,” Otieno said. 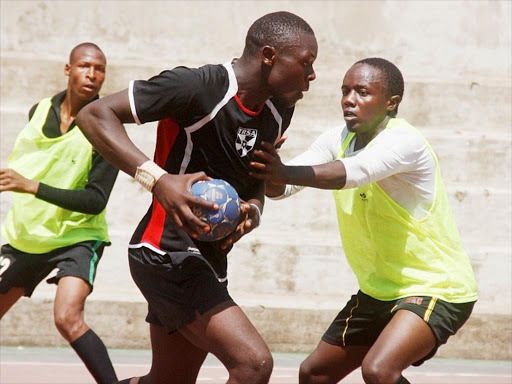 Kenya will send seven teams to the East and Central Africa Handball Championship in Dar es Salaam, Tanzania in November.

According to the regional body secretary Charles Omondi, there will be four men’s and three women’s sides for the November 28 December 6 show.

The Kenyan teams headed to the tournament include reigning champions Nairobi Water, National Cereals Board and KDF women sides.

The men’s category will have National Cereals Board, Strathmore University, self-supporting Black Mamba and GSU.

“Apart from the seven teams from Kenya, invitations have already been sent to clubs from the region and so far the response is encouraging,” said Omondi.

He said Rwanda Police, the reigning men champions will attend as well as teams from Tanzania, Zanzibar, Burundi, DR Congo, Uganda and Djibouti.

“Due to Covid-19 pandemic, we were unable to have the event last year but Dar has accepted to host us and we are looking forward to a good meeting,” Omondi said.