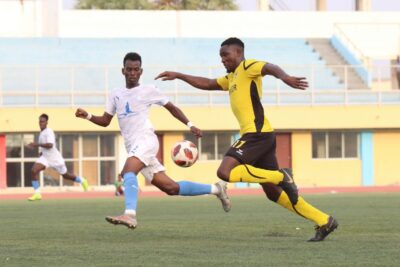 Kenya Premier League champions Tusker Fc will host Arta Solar 7 from Djibouti in the return match of the preliminary round CAF champions league fixture scheduled for Saturday 18, 2021 at the Nyayo National Stadium.

To this match, the twelve time champions have an away goal advantage following their 1-1 draw in the first leg played last weekend at Haji Hassan Gouled Stadium.

The Robert Matano coached side will be seeking to record an improved performance after returning to the Caf Champions league football  for the first time in four yaers where they bowed out of the preliminary round after losing 3-2 aggregate to AS Port Louis of Mauritania.

The winner of the two-legged preliminary round match will play against Egyptian side Zamalek in the second round fixture scheduled for October.