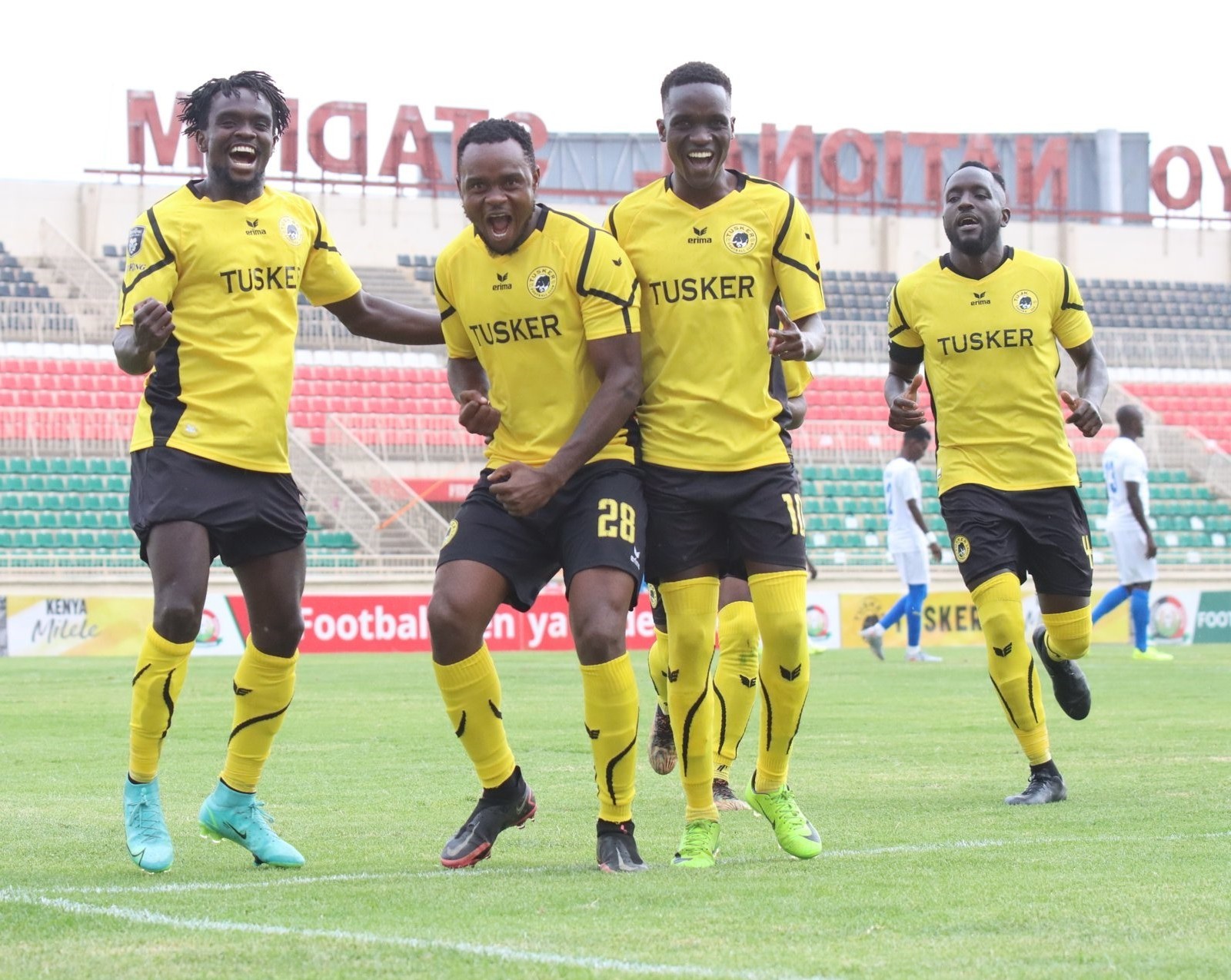 FKF premier league champions, Tusker fc are through to the next round of the CAF champions league after an emphatic 3-0 win over Djibouti’s Arta Solar. Having drawn the first leg 1-1,the outcome at the Nyayo national stadium saw the brewers win the two legged encounter on a 4-1 aggregate.

Arta, came into this encounter all set for a show down, and with house hold names in their ranks inclusive of former Arsenal and Barcelona star Alexander Song, Expectations couldn’t be more rife in the solar’s camp. However even Diafra Sakho’s presence could do little to keep out an on song Tusker fc. The former Westham and Club Renne’s star’s presence not intimidating a determined Kenyan champion.

The home side took the lead inside the first five minutes through new boy, Shami Kibwana. Tanzanian international Ibrahim Joshua had been brought down inside the area and the former kakamega homeboys man stepped up and stood to the occasion, slotting calmly from the spot to give Tusker fc the lead.

come the 23rd minute and Ibrahim Joshua would double the brewers lead after sending a bullet header past Solar’s custodian from a Jackson Macharia’s spectacular delivery. The goal ensuring the Kenya champions went to a 2-0 half time break.

Tusker continued with their dominance in the second half and in the 58th minute, Kenyan international Boniface Muchiri was guilty of not adding a third for the brewers after former Kariobangi sharks full back,Daniel Sakari’s exploits from the right had delivered a beauty right to his feet but the winger unbelievably missed the target.

And in what seemed like a fairy tale debut for the Ugandan, he was in the score sheet moments after his introduction, connecting a Jackson Macharia’s low cross from the left to put the game beyond reach for Solar with his first touch of the ball, ensuring a 3-0 scoreline for the home side. A score line Tusker boastfully held on to the last whistle.

Robert Matano’s charges will now face off with Egyptian and Africa’s power house Zamalek fc in the next round of the CAF champions league. The first leg will be played on the 15/10/21 in Nairobi with the second leg slated for 22/10/21 in Cairo. The winner over the two legs will qualify for the group stage of the continental club competition.