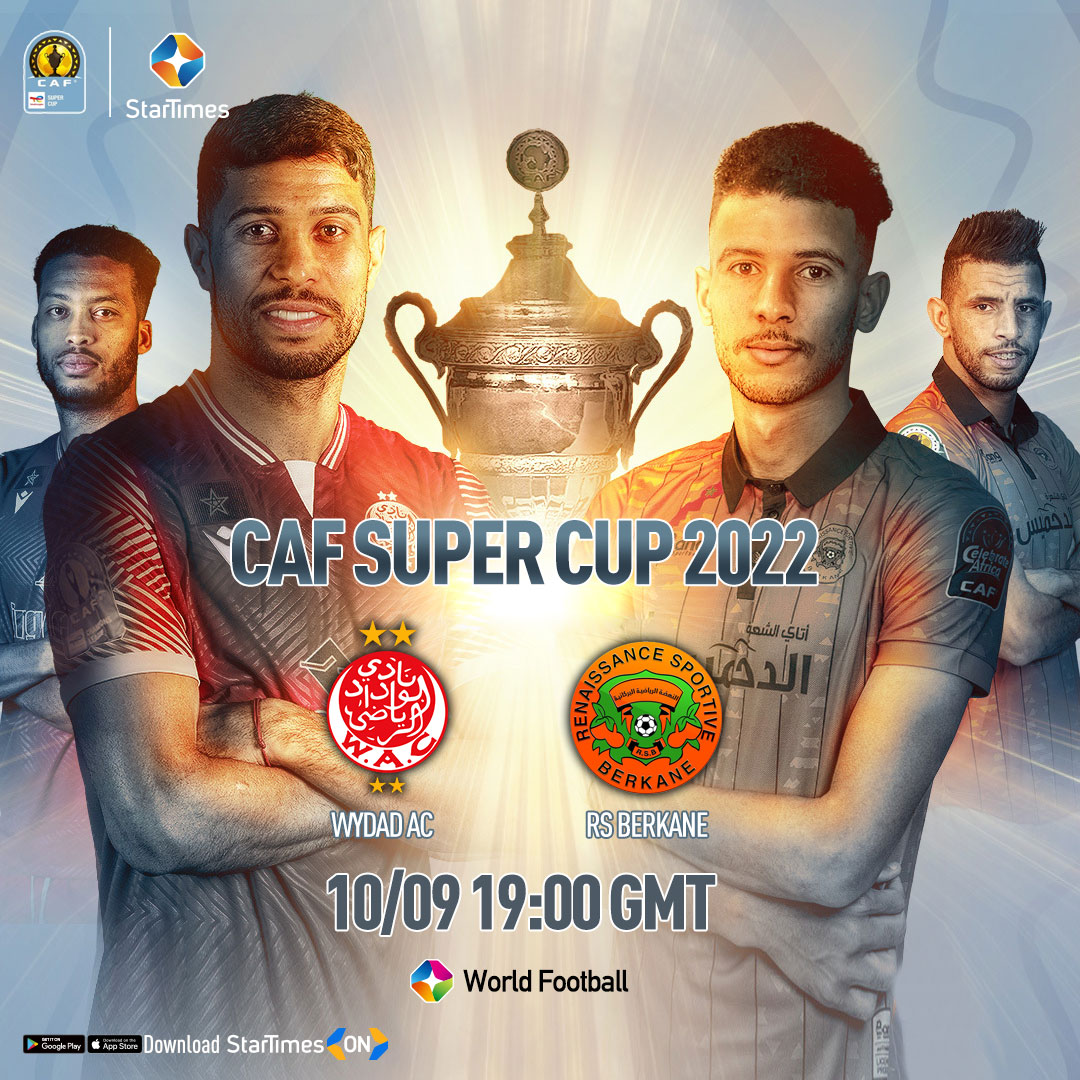 The annual fixture which is organized by Confederation of African Football (CAF) will be broadcasted live on World Football Channel on September 10 from 10pm.

This will be Wydad’s fourth final thereby going level with their city rivals Raja Casablanca for the most Super Cup final appearances for a Moroccan football club.

Speaking when he made the announcement, StarTimes Regional Marketing Director Mr. Aldrine Nsubuga noted that the broadcaster continues to air live CAF competitions which has so far seen Africa Cup of Nations as well as premier club competitions CAF Champions League and the Confederation Cup tournaments available to subscribers this year alone.

“We continue in our quest to promote African football by ensuring our subscribers have access to these heavyweight soccer fixtures. Airing the CAF Super Cup final is at the height of our deliberate effort to complement our broadcast of top tier European soccer leagues and tournaments with regional sporting action,” noted Mr. Nsubuga.

Morocco leads as the country with the highest number of different clubs reaching the Super Cup final totaling six in addition to Wydad Casablanca, Raja Casablanca, RS Berkane and Maghreb FEZ, they have also had FAR Rabat and FUS Rabat ending as runners up.

The 2022 Super Cup final will relive memories of past fixtures with teams from the same Country with the first occasion being 16th January 1994 at Soccer City in Johannesburg, South Africa in what was officially the second addition of the trophy when Egyptian giants Zamalek and Cairo neighbours Al Ahly played against each other.

In the said 1994 CAF Super Cup final, Zamalek, the 1993 African Club of Champions Club Winner defeated their countrymen and city rivals Al Ahly the 1993 African Cup Winners Cup Champions 1-0 with Ayman Mansour scoring the game’s only goal in the 86th minute for Zamalek.

“This will be a football packed weekend as in addition to the CAF Super Cup, all other major soccer leagues including German top tier league the Bundesliga as well as the best domestic soccer league in South America – Brasileirão Série A will be airing live across our five sports channels at different times of the day,” concluded Mr. Nsubuga.