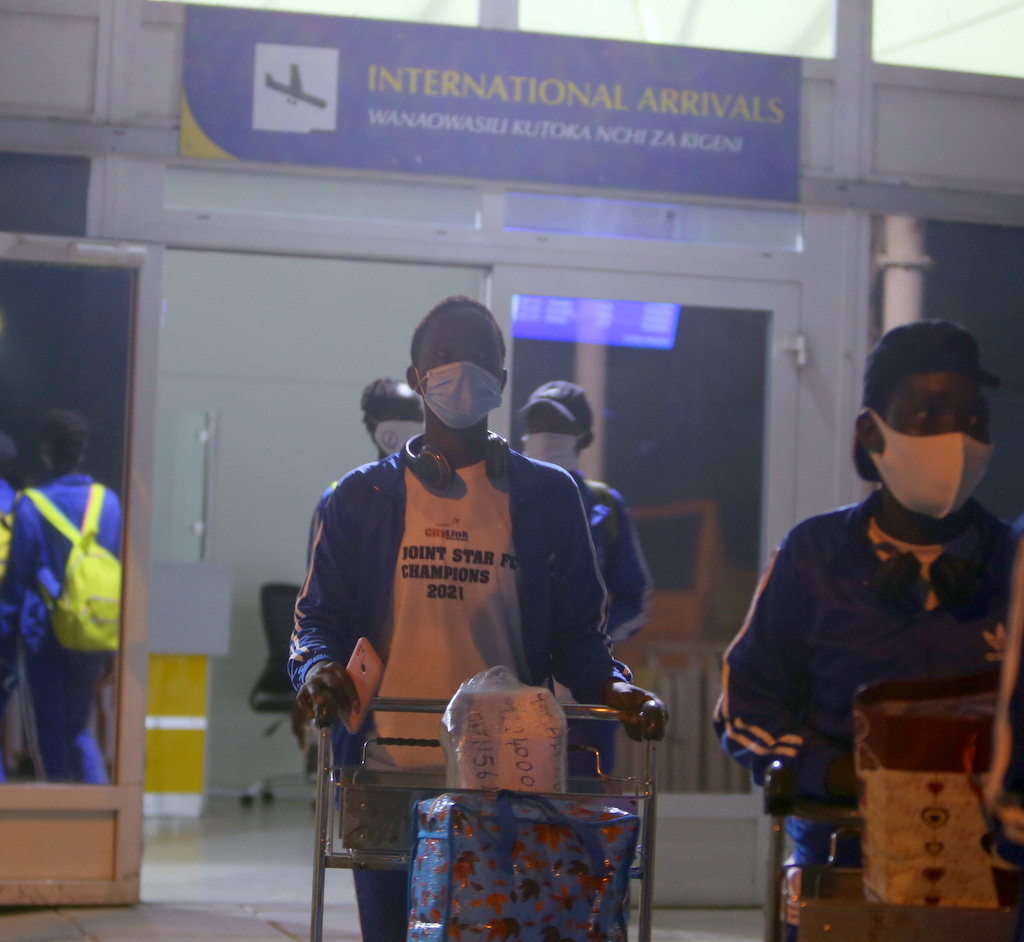 Ariet hoping for a great outing

South Sudan’s Yei Joint Stars is the first club to jet in the country for the inaugural CAF Women Champions League CECAFA Qualifiers scheduled from August 28 to September 9, 2021.

The South Sudanese side arrived on Tuesday evening and head coach Soni Ariet is optimistic that her charges will record positive results.

The tactician noted that the postponement of the qualifiers gave her ample time to prepare her charges well.

“The qualifiers were postponed and this gave us more time to prepare. I’m confident and ready to face any team. Football is about winning and losing but I’m here to take all the points and also make the nation happy. We are here not to represent the club alone but the whole nation of South Sudan, Ariet said.

Yei Joint Stars has been pooled in group B alongside Ethiopia’s Central Bank of Ethiopia Women FC, New Generation of Zanzibar and Kenya’s representatives Vihiga Queens.

Group A has Lady Doves of Uganda, PVP of Burundi, FAD of Djibouti and Tanzania’s Simba Queens.

The South Sudan outfit will kick off their campaign against New Generation of Zanzibar on Sunday, Sunday at Nyayo National Stadium before they take on Vihiga Queens in their second fixture of the qualifiers. Joint Stars will play their last group B match against Central Bank of Ethiopia Women FC.