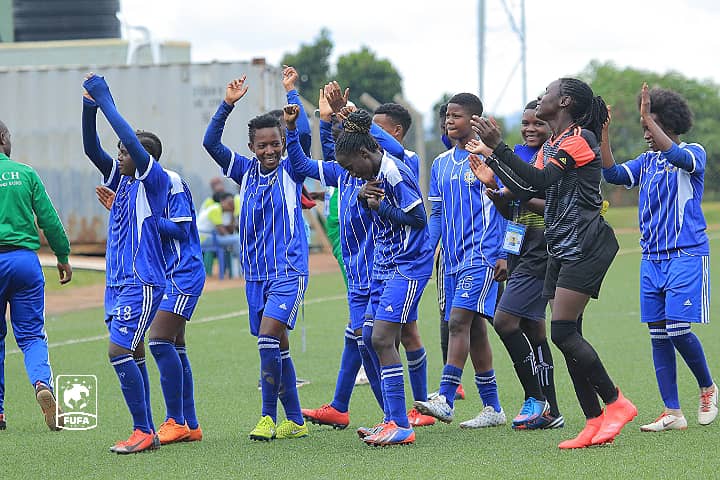 Uganda’s representatives in the upcoming inaugural CAF Women Champions League CECAFA Qualifiers, Lady Doves conducted their first training session on Wednesday at the Two Rivers Mall Grounds ahead of the Saturday kick off.

The team’s head coach Fred Musiime said that they have prepared well for the qualifiers and they are expecting for the best.

“We have prepared well for the qualifiers and the girls are ready,” he said.

Musiime’s charges will be led by sensation Fazilla Ikwaput who has immense experience following her short professional stint with Gokulam Kerala of India and later joined Kazakhstan top league side BIIK Kazygurt before joining Lady Doves.

The goal poacher inspired Lady Doves to their first ever FUFA Women Super League (FWSL) title last season where she emerged as the top scorer and the most valuable player.

The Believers as they are well known has been pooled in Group A alongside FAD of Djibouti, Simba Queens of Tanzania and PVP of Burundi.

Lady Doves will open their campaign against FAD of Djibout on Saturday before they take on Tanzania’s Simba Queens in their second fixture two days later. The Ugandans will climax their preliminary fixture against PVP of Burundi.