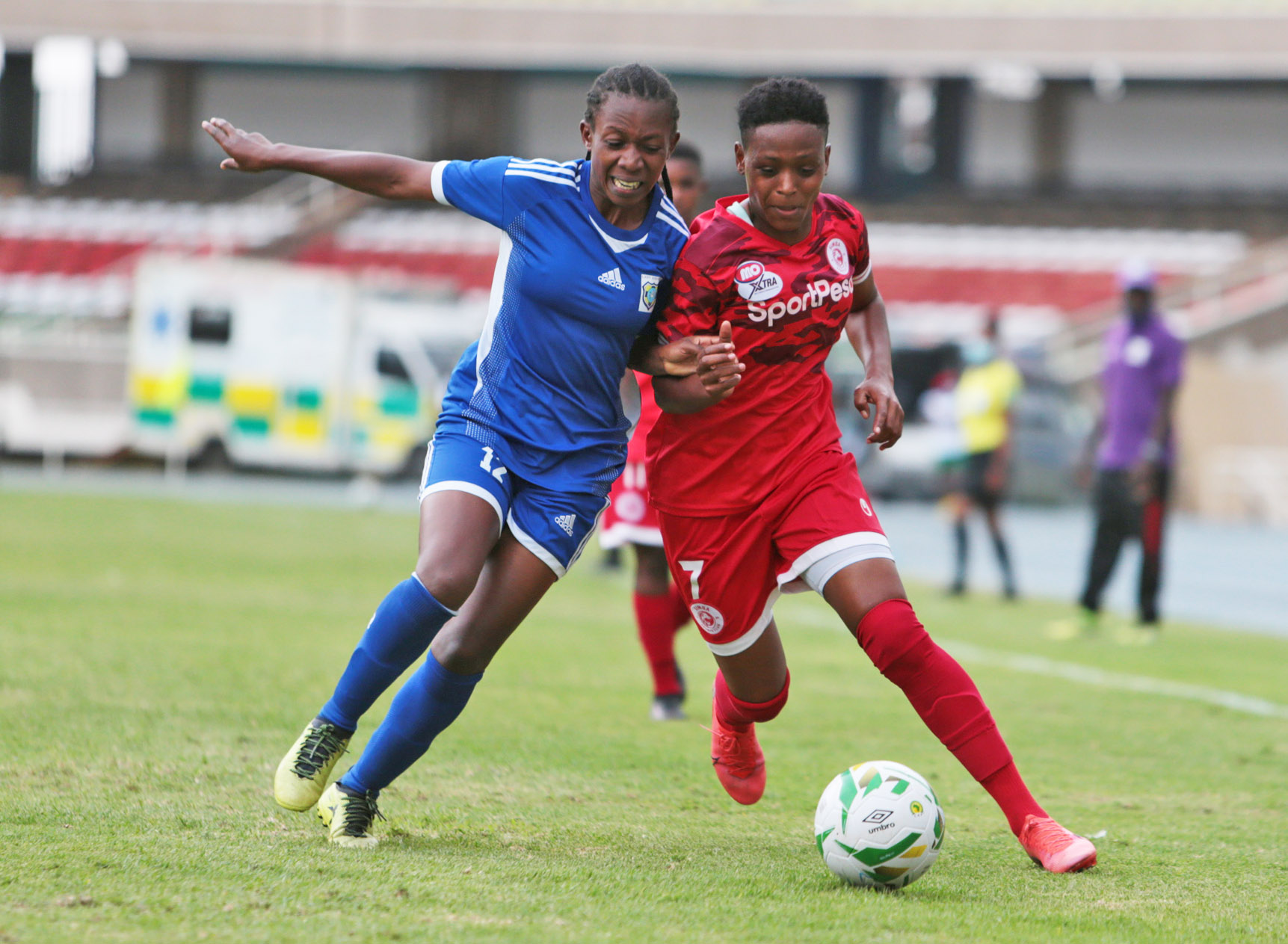 With a barren draw, the Fred Musiime charges has maintained the top spot in Group A with four points while Simba is second with four points but the former has a superior goal difference of one.

FVP FC of Burundi are third with three points following their 2-1 win over FAD FC of Djibouti in another Group A match.

From the start, this fixture proved interesting with both sides sizing each other in the early minutes of the game.

Despite Simba Queens proving the better side in terms of possession, Lady Doves contained the pressure thanks to the defense who executed their plan well by clearing the ball when needed.

The first half was an interesting one with both teams having a couple of shots on goal but no team managed to score at the breather.

The second half was interesting as Lady Doves had a clear opportunity at goal but Fazila Ikwaput blasted the ball over the bar.

Simba also had their chances but failed to convert.

The Believers were reduced to ten players with 15 minutes to the end of the match when Sarah Nankya was sent off for a second bookable offence.

Despite playing less, the Ugandans remained determined as they picked a valuable point by the end of the match.