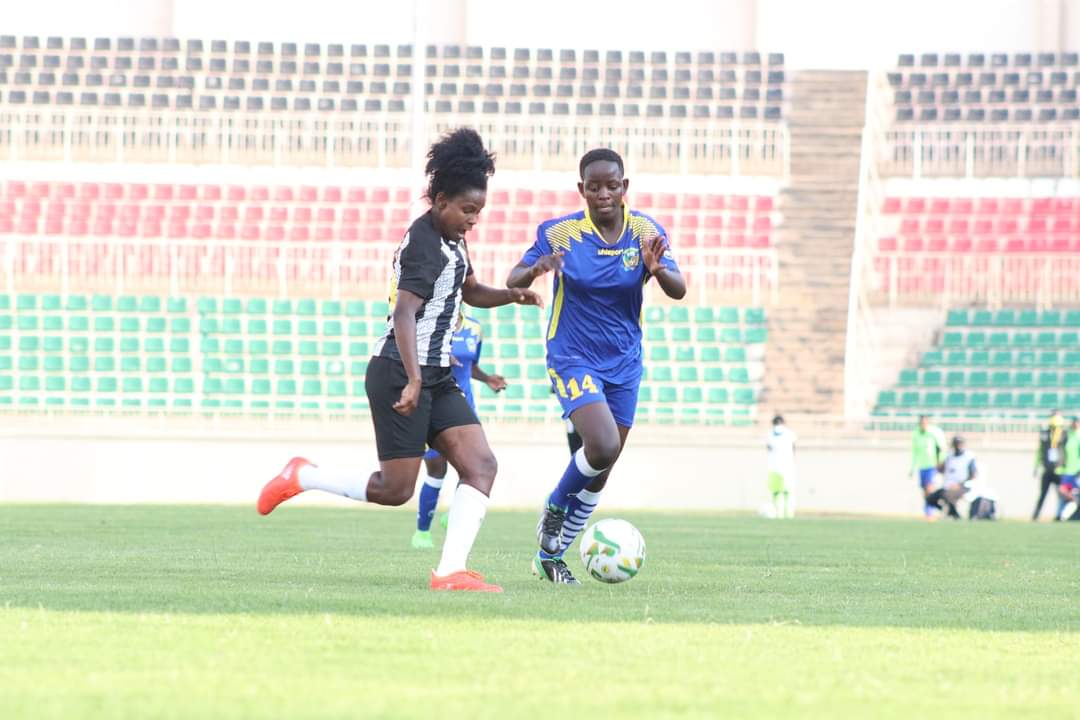 Medina Awol scored a hat trick to fire Central Bank of Ethiopa to a comfortable 4-2 win over Vihiga Queens in a Group B encounter in the CAF Women’s Champions League CECAFA Qualifiers played on Sunday , August 28, 2021, at the Nyayo National Stadium.

This was an interesting match from the start with the Ethiopia’s side opening the scoring account in the 8th minute thanks to Medina’s goal. Queens responded with Maureen scoring a leveler three minutes later. Both teams their chances in the opening twenty minutes of the game but Medina was on it again extending the lead in the 21st minute. Vihiga equalized  matters in the 37th minute to force a 2-2 draw at the breather.

After the breather, the Ethiopians looked a much improved side as they attacked much and their efforts were rewarded as Medina completed her record hat trick in the 68th minute. Loza  scored a fourth in the 78th minute to extend the led a seal a comfortable win.

Speaking at a post match presser, Vihiga assistant coach Boniface Nyamunyamu said the departure of head coach Alex Alumira affected the team partly but he remained optimistic that they are still chances of registering positive results in the remaining matches.

“Tactically, Ethiopian team was good. Their midfield was good and this made it hard to for us to attack. We saw our weaknesses from this game and we will work on them before our next match. We played well according to our capabilities but the best team won. We still have a chance to win the remaining matches,” he said.

CBE  head coach was a happy man following that win saying that they started low in the first half but changed in the second half after learning their opponents’ weaknesses and strong points.

“I have been dreaming of this win and I am happy we won. The win gives us confidence ahead of the coming matches,” he said.

In Another group B fixture, Yei Joint Stars of South Sudan registered a 2-1 win over their counterparts New Generations from Zanzibar.