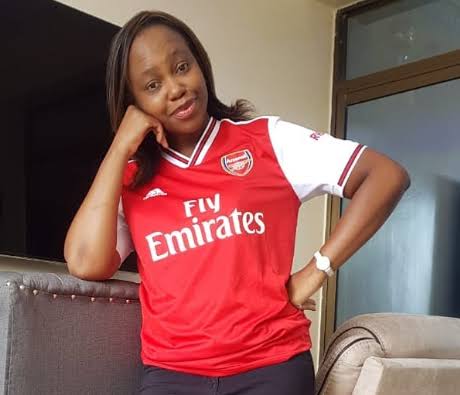 My worst nightmare is fast unwinding, unfolding right before my very eyes. My fears, like a well scripted Netflix thriller, my most dreaded moment has come to pass, A harsh ugly reallity awaits almost with certainty.

As earlier thought, known, seen….Cs Amina’s predetermined out come on the alleged fkf audit/inspection has come true. Like a fixed soccer match we expected this. The disbandment of FKF by Waziri and the setting up of a caretaker committee. This was an outcome foreseen well beforehand but this did not deter her from interfering with football matters in the country. A taboo in FIFA’S books

Like senator Murkomen Kipchumba stated, a week ago- Amina Mohammed is the worst mistake to ever happen in Kenya sports circles and in a great extent I agree with him, I doubt if the dignified Waziri even knows who Robert Matano is, or Yusuf Maingi is. Her cluelessness as dire as it is, I would forgive her as football is surely not her cup of tea let alone shot of tequila.

But the likes of Carol Radul- a self proclaimed lover and developer of football in the country, her and her cahoots of hypocrites inclusive of Sam Nyamweya, and his puppet Milton Nyakundi, Robin Toskin and one Twaha Mbarak

This is a cartel that I and other football fans in the country will never forgive should the highly inevitable eventuality of Fifa ban be effected by the world body.

Radul is clearly on record “Mis-advising” Amina to move with speed and disband FKF!! This coming from Carol didn’t just shock me but many football lovers. Is the cluelessness that the CS is suffering from some sort of highly infectious airborne disease that seem to be spreading fast across.

You can’t tell me that Radul, Nyamweya and Twaha doesn’t not know what follows such wreckless actions by Waziri. Carol and co clearly understands what the repercussions are and as such her reasoning was that Kenya is already out of world cup contention and a ban from FIFA won’t be felt as such.

Radul, seems you need some schooling on Football, not Arsenal… Football, because clearly your football starts with Arteta and ends with Aubamayeng.

So sad that you would advise for a ban from FIFA when you clearly know that Tusker FC and Gor Mahia are still in the CAF competitions.

Wait, Radul is a woman and she has no clue that starlets have just Uganda-away from qualification to the AWCON. Is she even aware that Vihiga queens are on the brink of a semi final spot in the ongoing Women’s champions league in Egypt.

This whole saga, mess as predetermined as it has proven, the consequences are sadly so heavy…too devastating that we might never recover from.

A FIFA ban affects everyone in the industry, the players, the technical benches, fans, referees. Immediate effect is a drop in FIFA rankings, Sponsors will shy off from a federation banned by FIFA while the current sponsors might also withdraw their support. FIFA funding which actually the federation runs on will be halted immediately.

Radul and her long time buddy Nyamweya, seem determined to return football back to the dark days. Begs the question what do they stand to gain from the ban? Atleast Caro we are aware was hoping to be named the head secretariat of the caretaker committee, too bad she missed out on this. Hopefully this sobers her up and sees the dangerous waters we are swimming for what they really are. Dreading a FIFA ban that will surely hit us if we don’t sober up in time.

Asking for Help-“Its OK Not To Be OK”
Hold Your Horses Tim, Mtarajiwa Does not Mean Being Endorsed by Raila
“Watch Out, Deputy President William Ruto is a Cheat,” Prof Peter Kagwanja warns Kenyans
Insurance Has Many Financial Benefits, not Just Compensation
FKF Audit: CS Amina diverting from the real issue
Opinion 61 Sports 762

Newer Post
EXPOSED: How Will Smith’s Mother Caught Him Having Sex in the Kitchen at Age 16
Older Post
Nomination Rules of All Political Parties Rejected by IEBC