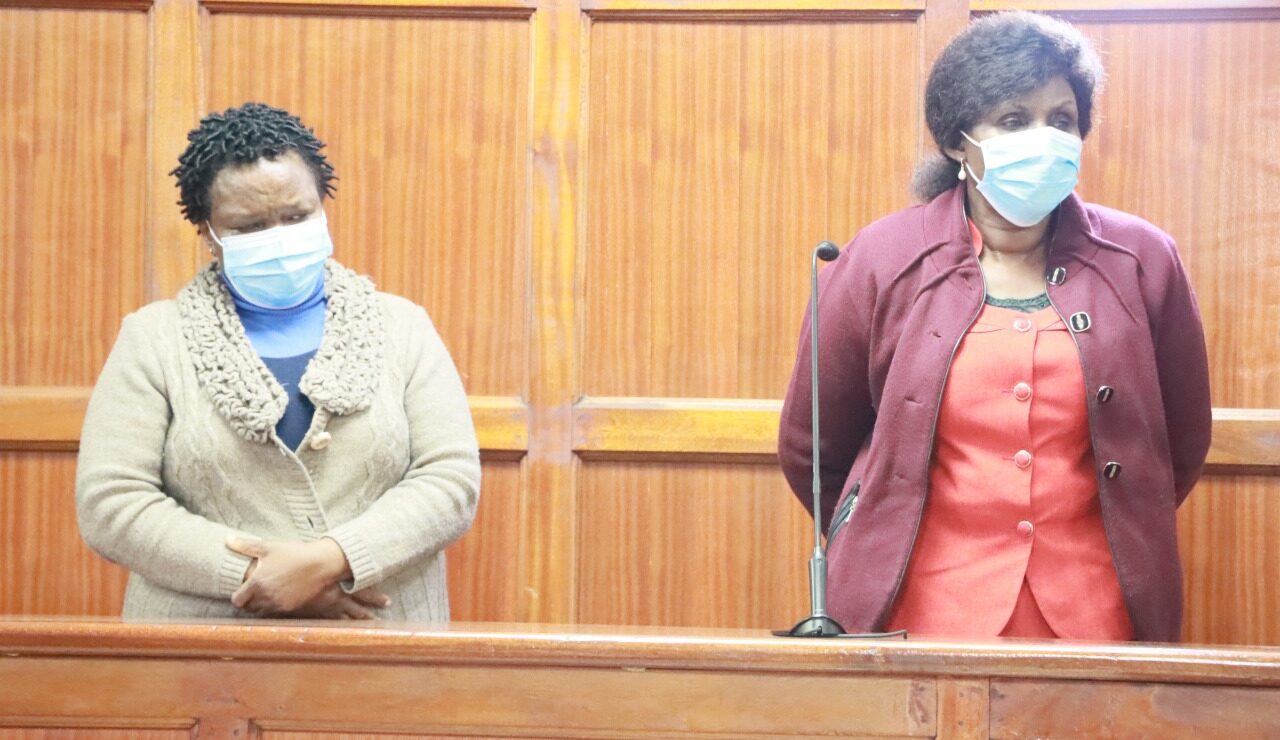 A case involving officials of a women’s group charged for fraudulently obtaining Ksh300 million will be mentioned on February 3rd, 2023.

Appearing before Milimani Principal Magistrate Gilbert Shikwe, the two officials of Mitumba Women Group Mary Ndunge Mutuku and Mary Wanjiku Ndung’u were accused of obtaining millions of shillings from Nairobi residents by pretending to be selling them houses.

They are accused of in the period between 2015 and 2022 in Nairobi county with others not before court, conspired to defraud Michael Kariuki and Salome Wanjiru Kariuki of a sum of Sh87,742,000 by falsely pretending that they were in a position to sell them houses at West Park Police estate knowing it was untrue.

The duo face 15 more counts of defrauding different people by forging documents and altering them claiming that they are from the Ministry of Labour and Social Security Services.

However, the case which was scheduled for a pre-trial conference failed to proceed because Senior Principal Magistrate Robison Ondieki was not on duty.

The two officials in their pleas denied obtaining the money through false pretenses.

Earlier, the court was informed the first accused Ndunge has registered cellphone lines and M-Pesa accounts using identity cards belonging to other people.

The police told the court that Ndunge’s current M-Pesa account is registered using an identity card for one Victoria Mwongeli Mulu.

The lead investigating officer, Chief Inspector Eunice Njue, told the court that the police wanted to travel out of Nairobi to interrogate and also recover documents from the suspects’ houses.

Njue also told the court that she wanted to peruse hundreds of bank statements from 20 accounts being operated by Mitumba Women Self-Help Group and thousands of Mpesa transactions.